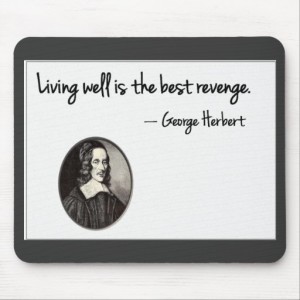 The Left never gives up on its cold, heartless agenda to terrorize,  bludgeon and freeze  free, vibrant America into One Big Safe Happy Space under its totalitarian, “anti-fascist” control. As Russian collusion and impeachment fade into memory and Lockdown threatens to lose its grip,  an ugly viral video surfaces and Voila! they’re off again on their evil quest to burn down America for the good cause of Ending Everything Bad. Or so they always say.

Whether it’s mass Lockdown (To Save Lives!!!)  or applauding domestic terrorists to do their dirty work (To End Racism!!!), NEVER are the real victims such as ruined business owners and upended innocent lives objects of our Progressive Warriors’ compassion or attention. Death and destruction for the thoroughly undeserving is just annoying collateral damage on their bumpy Road To Utopia. “I Can’t Breathe” is an ironically appropriate new rallying cry/slogan for those One World Marxists intent on implementing the most asphyxiating system of political oppression ever devised. Burn, destroy, loot, terrorize…and who the hell is George Floyd anyhow? (As the facts of the case emerge in court, we may all be surprised. And a sobered-up America may realize this was not even remotely a racial incident nor, in fact, is America a “systemically racist” country. Minus the latter assumption, the Left and the major political Party it currently dominates would cease to exist.)

Email inboxes and home pages overflow with CYA apologies from every corporation, school, organization  as if begging, pleading to be passed over when the tumbrils pass by. “We stand with those championing social justice!!”   “We are seriously re-examining our priorities with regard to our hiring practices and equal opportunity for people of all races, genders and classes!” Remember the Obama 2008 buttons displayed for months, even years on lapels after that election; the  “Hate Has No Home Here” signs and bumper stickers; and, recently, the  silly prop masks ubiquitously, ostentatiously sported by all those iron-fisted nannies coercing us for our own good to “Be Safe?” Each just the latest talisman sported by good Leftists in hopes of warding off today’s Jacobins coming to haul them away. Prostrate pleas for absolution and mercy from the average dimwit ingesting the Prog Kool-Aid.

How perfect was that MSM twit’s Tweet thread egging on the riots from the comfort of his fancy digs, then suddenly switching gears in panic when it appeared HIS neighborhood was a target? “I’m as angry as everyone else. But keep that shit in DTLA [Downtown LA]!” Typical cri du coeur of the Limo Lib: NIMBY(Not In My Backyard!) There are no limits to the scorn one feels toward  for those  lobbying for the universal abolition of police (including the Hollywood brain-dead as long as they can afford their own security details).

All yet another chapter in the annals of human evil born of the masses’ rank stupidity. Dirty bathwater, throw out the baby. One grows impatient and weary.

And now, the good news. The President’s two word Tweet: “Silent Majority.” There are tens of millions of us who value our work, our property, our lives and those depending upon us. And we are exponentially more diverse in makeup and background than those loser Leftists claiming to own “diversity.”

Add to that the fact that the economy is roaring back with a true vengeance, payback for the Left’s serial attempts to destroy Trump’s thriving free market and shatter the dreams of the millions depending upon a free America to create lives of their own choice and design. “Living well is the best revenge,” and such revenge will be particularly sweet in November.

One Reply to ““Living well is the best revenge.””