Yes, there was definite tampering with this election, illegal collusion with intent to throw the election to the perpetrator. No, not Russia, not the Trump campaign. Never. No Way. Baloney. A fabrication and a fable. A lie. That’s what we get when the foxes are watching the hen house.

By stark contrast, there was most definitely a play from no less than the Democratic candidate’s influential spouse to prevail upon the US Attorney General (and the whole Department of Justice) to back off any investigation of said candidate.  Of course, Bill and Loretta Lynch were just talking about their grandchildren. They said so!

Happily, Hillary lost, and thus was born the whole Russian fantasy. A dreary drudge of no charm and less integrity has gotta blame someone. 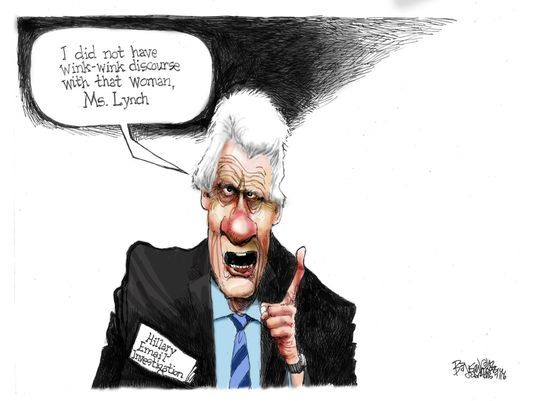 One Reply to “Guilty of collusion! O wait. That’s the Clintons, not Trump.”