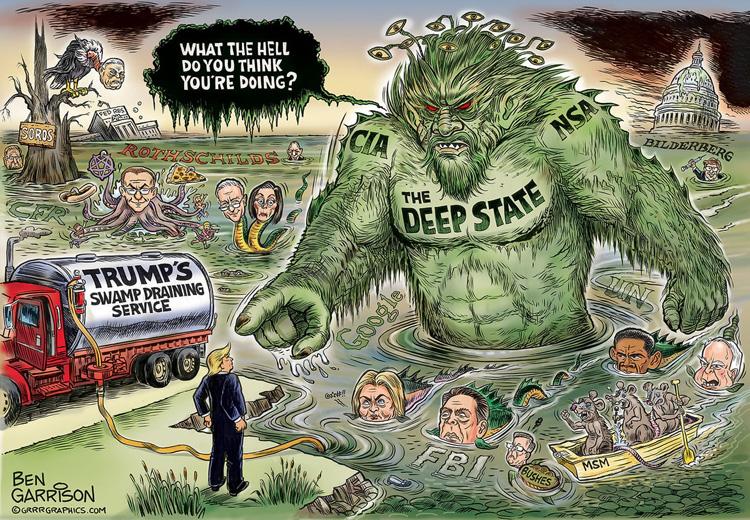 UPDATE: 10/2/20: The Deep State has a variety of tentacles in use to Get Trump. Maddeningly, their elusive prey has accountants who know the tax laws and work within them.

UPDATE 10/1/20: Still waiting for that reckoning. Will justice ever be served against the Swamp Dwellers? Perhaps, a high point of Trump’s second term to look forward to.

ORIGINAL POST 4/15/18: Confronted with the multi-ring circus of dissemblance and outrage that is the “Resistance” to Trumpism, one is inclined to despair, throw up one’s hands…unless the most basic goals of our lives and politics remain clear and unshaken. They are life, liberty and the pursuit of property…and the permanent, repeated repudiation of those who claim to be more qualified than we are to run our own lives. Free-thinking, free-acting people do not vote for and cheer on the Swamp Creatures. Unfortunately, a goodly number of our very privileged and deeply dissatisfied fellow  Americans long to be ruled and moved about like passive chess pieces. The problem for the rest of us is they cannot tolerate the idea of others like ourselves moving about freely and independently of them. If they are to be controlled for the Greater Good of the Collective, everyone else is to be as well. The Left has an uncanny 1000% batting average of  ruining everything it touches.

And thus the battle lines are drawn.

The liberty-loving among us of all ages, races and economic backgrounds celebrate the reprieve that Trump’s surprise election has provided. We cheer his goals and actions regarding controlled, lawful immigration; more jobs thanks to lower taxes and removing strangling regulation on businesses large and small; the recovery of the  millions of lives lost to the cynical Dem Party policies that continue to run and ruin the Inner Cities; supporting kindred freedom-loving nations (including the newly emerging Hungary) while directly confronting tyrannies abroad.

We also have to contemplate that our liberties are fragile, that only this one unusual maverick personality seems to stand between us and drowning in the socialist civil war sewer flooded over us by one cunning Chicago “community organizer” and his thwarted successor, Bill Clinton’s deplorable wife. And whatever other dark forces rule them. 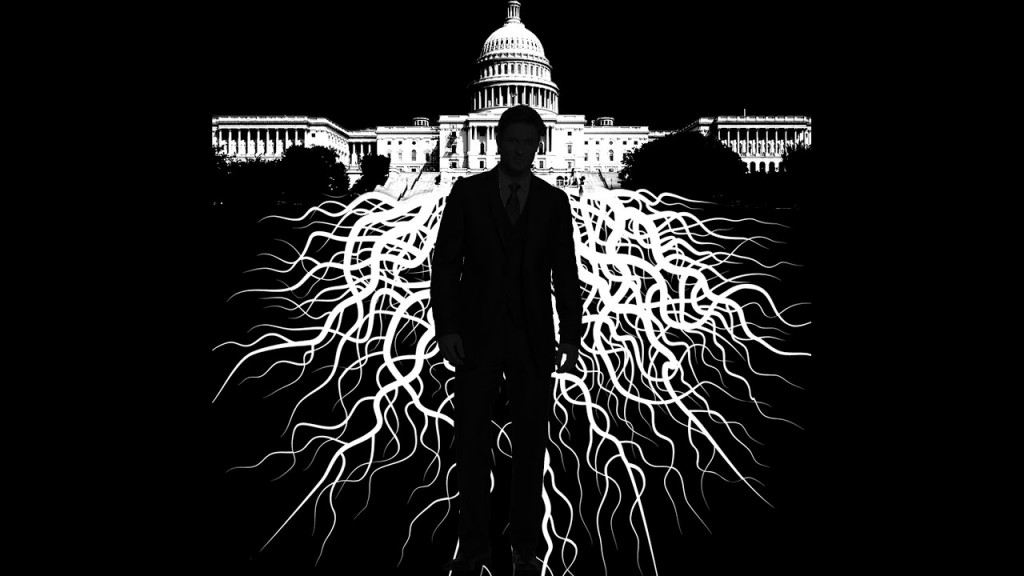 On the positive side, we take heart in Trump’s unflappable, tough-minded businessman’s determination to get results and come out in the black. There is also the necessary peril of drawing out the mortal enemies of freedom: the ugly reality of the DC Swamp Plague aka the Deep State aka the Leftist agenda aka today’s Democratic Party…and the millions of the gullible who insist on supporting it. This is dangerous stuff, and we can only hope The Donald’s passion for outsmarting his enemies prevails. He’s playing to win the game of his life…and ours. 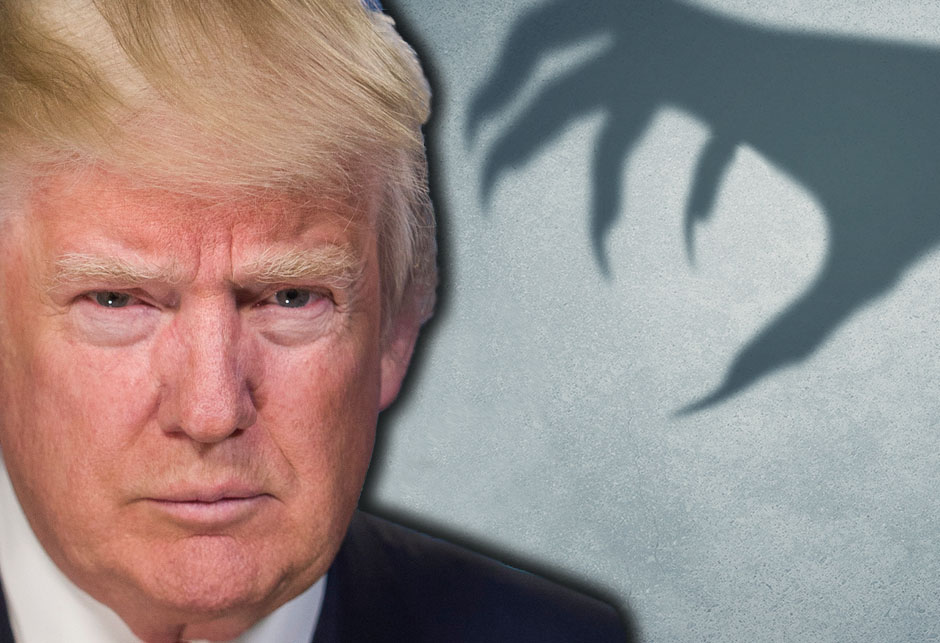 One Reply to “Trump (and all of us) vs. the Deep State”