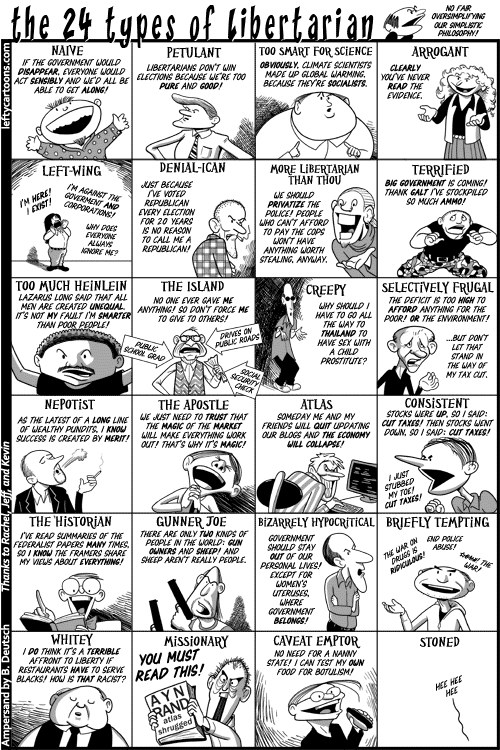 The cartoon, though reeking of contempt from its left-leaning creator, accurately illustrates how Libertarianism’s fanatical, mindless “Individualism” leaves it open to legitimate scorn & caricature. Not for nothing are the most rigid adherents termed Marxists of the Right. Often lumped together with Conservatism, Libertarianism is individual freedom lapping over into license. Though they identify and use Ayn Rand as one of their ideological heroes, she had no use for them and their immoderate embrace of “freedom” without limitations. Her assessment of Libertarians: “Rightwing hippies.”

Read “Marxism of the Right” by Robert Locke at TheAmericanConservative.

A defense of Libertarians and an honest attempt at clarification by Rachel Williams at American Thinker.