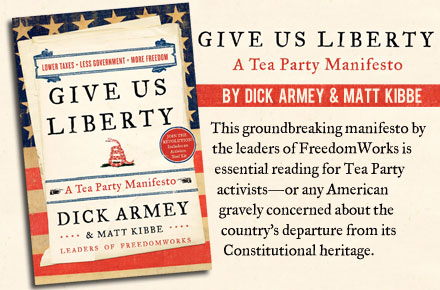 Founded in 1984, FreedomWorks is headquartered in Washington, DC, and has hundreds of thousands of grassroots volunteers nationwide. The organization is [formerly as of 1/5/13] chaired by former U.S. House Majority Leader Dick Armey and the President is Matt Kibbe.

FreedomWorks members know that government goes to those who show up, and are leading the fight for lower taxes, less government, and more freedom. Join us!