As accounted in the Biblical allegory about the Tower of Babel (Genesis 11:1-9), God decided to punish arrogant  humanity, making us unintelligible to one another by creating a 1001 different languages. If only, sigh the Globalists, we could all speak the same language, share everything equally, be guaranteed happy endings all around. For those disposed toward this dreamy notion of John Lennon’s “Imagine” fantasy, the Babel story provides justification for  Master Planning, centralized control, One World Utopia. In reality and practice,  this is the road to totalitarian nightmare.

However, there IS a single language utterly foreign to those past and present Master Planners and proselytizers of “Unity,” and that is the Language of Liberty that our Founding Fathers invented and spoke with unprecedented eloquence. Americans fluent in that rugged tongue have created and thrived then and now in a civilization based on freedom that remains the envy of the world, the best chance we humans still have for fulfilling our potential, individually and collectively. 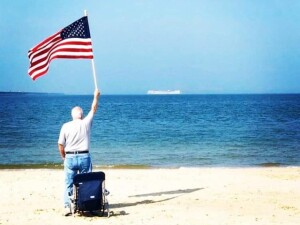 When that Language of Liberty is no longer the common bond that protects and genuinely unites us, we are doomed. The suppression of our most basic rights-free speech, religious worship, personal association, movement-in the name of “safety,” “the science,” “public health,” “survival of the planet”  has a good half (or more) of serious Americans deeply concerned. This is not America as we have known and loved her. That other half of Americans blindly supportive of the loss of our liberties will find themselves down a river of no return.  Distinguished jurist Learned Hand warned, “‘Liberty lies in the hearts of men and women. When it dies there, no constitution, no law, no court can do much to help it.”

It hasn’t died in the hearts of at least 70 millions of us, so there is no other path to take but actively protect what liberties we still possess and regain those feared lost to us. One can only have faith that the bad ultimately fail and the good be allowed by the grace of God to go on as before.

God punished the transgressors of Babel who misused their God-given gifts of life and liberty, abandoning gratitude and humility in favor of trying to rival their Creator. So it will go with those apostles of Guaranteed Outcomes For All who seek power over others, the supreme arrogance of humans playing God, riding roughshod over their fellow men, robbing them of their liberty. The price of such conduct is dear as the inhabitants of Babel learned. Ultimately, the present-day vainglorious fools will learn the same lesson. 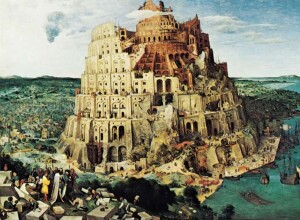 3 Replies to “The Language of Liberty”