UPDATE 4/26/20: Dan does himself and Conservatives proud in his calm, clear gutting of the execrable Bill Maher and his monotonous Hate Trump/Hate Republicans drone. For some discerning senses, telling the truth the Crenshaw way is The Antidote to the repetitive sewage river coming our way daily from the Left.

UPDATE 5/2/20: The Dem machine puts the Orwellian Doublethink pedal to the floor, picking the word “DECENCY” as the quality that will sell corrupt sleazebag Joe Biden to the public. Certain, slimy sordid things are growing like The Blob between the cracks for this vocal champion of put-upon #MeToo ladies. An old Larry King show, unsuccessfully buried, now shows that this Tara Reade didn’t just now make it all up. 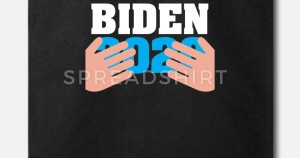 UPDATE 5/2/20: His latest “crockumentary” draws ire and attacks from his fellow Leftist Greenies. No idea where the power for electric cars came from, he claims. As long as someone-Left, Right or Center slurps  up his useless, dishonest bilge for big bucks, why should he ask ANY questions?

Bill De Blasio UPDATE 5/2/20: The Big Apple Stalinist who eschewed his uber-Germanic real name for a more ethnic (and electable) moniker goes Full Nazi and  issues a viciously direct threat to observant Jews defying his unreasonable lockdown edicts. Not a good look for the elected boss of a city boasting 1.5 million of those uppity big-nosed Christkillers.

UPDATE 5/3/20:  Little Fredo gets caught disregarding quarantine while simultaneously lecturing The Little People on STAYING AT HOME! Seems he also has a little masculinity problem involving obsessive iron pumping (which we have to stomach watching the video during this expose) and picking fights with strangers. Remind anyone of those pitiful blowhards from high school?