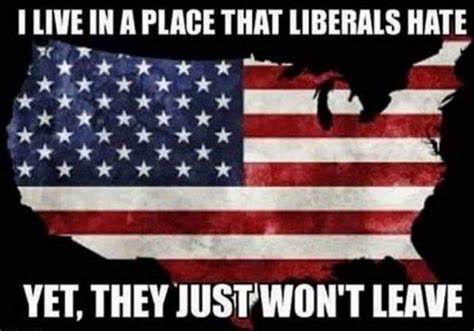 If there is one thing that shapes the current Democratic Party’s “policy,” it’s the desperate desire to destroy Donald Trump. The Dem/Prog/Leftist/Lib/Socialist/Marxist vision is now just nihilism, destruction purely in pursuit of power. Only power.

Real solutions to real problems are anathema, particularly if coming from their most formidable political foe. Trump’s  suggestion early on that an approved malaria remedy might provide an answer to curing the virus?  That documented cases of recovery were already on record?

The Left’s response? Immediately blaming Trump for the whole crisis despite timeline facts to the contrary, tut-tut dismissal from “the experts” and their MSM mouthpieces, a legal crackdown on any use of the possible life-saver by Dem pols such as the odious Governor Nurse Wretched of Michigan, full Alinsky offensive on both Trump and a Westchester County NY Dr. Zelenko reporting positive results of this drug.

Better people die than a solution attained…and Trump be right.

Our politics is a choice between liberty and the ill will of a few rich Mafiosi bosses plotting, strategizing, hoping for something, anything to ruin Trump’s MAGA movement and regain power in November.

The current Speaker of the House and her various toady underlings come immediately to mind. Remember “Do you hate President Trump, Madam Speaker?” and her incensed good Catholic girl response? Hey, she prays for the President every day…and presumably reserves the nighttime to plot his destruction. La donna e mobile, especially if they’re full-blown witches with hearts of Haagen-Dazs.

So it is, all the way down the duly, lawfully elected chain of command. The current glee with which CoronaCrazed Democrat governors dictate movement, behavior, recreation, day-to-day life choices of the supposedly free market place over their respective fiefdoms begs the question: is this America? Are these chosen “leaders” and those who vote for them Americans?

The simple but chilling answer is “No.” We’ve come to a point where our fellow citizens, lapsed Americans given Patrick Henry’s choice, have voluntarily voted for death over liberty. For all of us. The current hostage situation in which we find ourselves dramatizes that cold reality. It’s not Trump they hate so much as they hate the terrifying freedom he espouses and the liberating effect of his policies.

Re-opening America, seeing her thrive again as millions recover their livelihoods is lethal daylight for the Progressive vampires. To the great dismay of America’s internal enemies, Making America Great Again is making and keeping Americans great, not controlling them.

2 Replies to “It’s not simply Trump. It’s America they hate.”