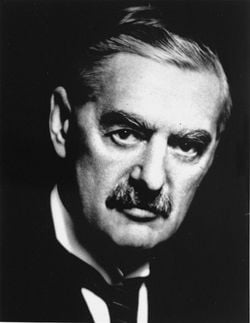 A clear nutshell description of the Egyptian crisis and its consequences. Ominous parallels between Chamberlain/Nazism and Obama/Islam do not seem like fanciful conjecture any more. The difference is Obama’s active complicity in the process. Chamberlain, naive fool that he was, was British to the core. Neither “naive” nor “American” come to mind when describing Obama.