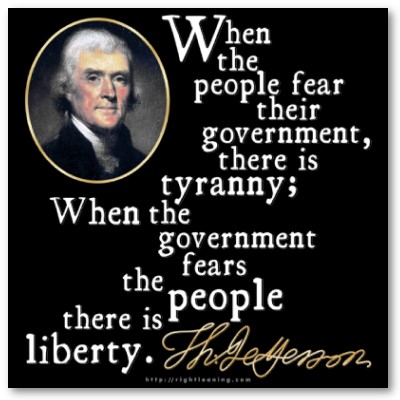 Murder by Government:   “When Hitler, Stalin and Mao were campaigning for political power, you can bet they didn’t campaign on the promise to murder millions of their own people, and probably the thought of doing so never crossed their minds. Those horrors were simply the end result of long evolution of ideas leading to consolidation of power in central government in the quest for ‘social justice.’ It was decent but misguided earlier generations of Germans, Russians and Chinese, like many of today’s Americans, who would have cringed at the thought of genocide, who built the Trojan horse for a Hitler, a Stalin or Mao to take over. But as Voltaire said, “Those who can make you believe absurdities can make you commit atrocities.”

3 Replies to “Leftists, Progressives and Socialists”