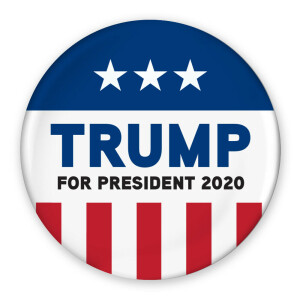 If you still think voting against Trump or not voting at all is a good idea, listen to him inimitably, brashly lay out his case in his two hour Rush Radio Rally. Then examine carefully a few bedrock points (made by an awakened former Never Trumper) on which Trump’s base is unshakably built:

This is an extraordinary record and a nightmarish affront to those on the Left whose political power depends entirely on permanent despair and failure. Small wonder total economic freeze by manufactured Covid panic is a dream come true, “God’s gift to the Left,” as loose-lipped Hanoi Jane let slip. If that “gift,” mass lockdown “for your safety,” the end to the most basic human rights granted us by our Founders, is your idea of the Good Life, by all means do vote for Harris-Biden, in that order. After all, if all goes according to Nancy’s planned use of the 25th amendment, they’ll be getting rid of glue factory-ready Joe on day one. Lots of poison arrows in that nasty crone’s quiver.

Back to the positive: getting things done, a majority of voters genuinely declaring their lives are better after these four years, will be death to today’s Democratic Party. Let’s hope Trump’s re-election and four more years of real progress provides the coup de grace to those Dem dreams of a Venezuelan America. And an unprecedented resurgence of the American spirit, life, liberty and the pursuit of happiness. Just the basics will do, ma’am; just the basics.