UPDATE 12/1/20: So which is it, Bill? Draining the swamp or wallowing in it? Is this a canny strategy or just a disturbing surprise revealing who are really friends and who are really enemies? It’s starting to appear that seemingly trustworthy Barr is a Swamp creature operating at total cross purposes to Trump, delaying first any action against the Russian Collusion Hoaxers and now pretending there is no Election Fraud. Protecting Hillary perhaps? He and members of his family threatened? Sinking feeling this one’s headed for Michelle-Antoinette.com.

ORIGINAL POST 9/20/20: There’s more than enough unpleasant garbage, human and otherwise, to wade through in our over-politicized lives. What matters ultimately is what the ends of our politics are. Life, liberty and the pursuit of happiness are what have been gifted us Americans, and some of us use these gifts considerably better than others.

Here is the first of what will be an ongoing post to salute those people in all walks of life brave and strong enough to hold their own against the forces of evil running rampant these days in the land. Bullets, defamation, lies, attempts to ruin or even end their lives have not deterred them.

There’s Bill Barr, our resolute, good-humored, avuncular Attorney General standing alongside Trump as our only hope of keeping our Republic, an America ruled by law, not the whims of unscrupulous politicos. 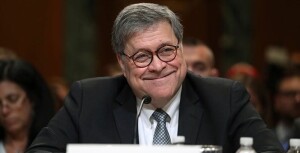 There are the two young cops ambushed and nearly killed this last week. They represent those literally on the firing line between us and the criminals now given free rein to commit the most serious crimes and be hailed as “peaceful protestors” or heroes of the revolution. Crime masquerading as political activism is an old scourge, and we admire the many admirable people in law enforcement who’ve chosen to fight it directly. 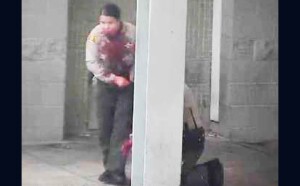 There is that rare phenomenon of a Hollywood personality named Samaire Armstrong, daring to “come out” as a Conservative, unambiguously identifying BLM as the terrorists and thugs they are. She knows full well the potential consequences she might suffer career-wise, not to mention, the physical threats likely to come her way.  It’s safe to say that a majority of her craven La-La Land colleagues would celebrate her demise, either professional or literal. This is a very gutsy young woman. 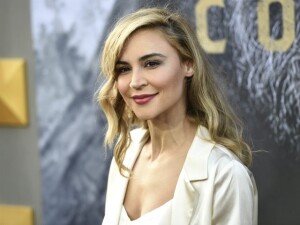 Hats off! You’re an inspiration to all of us!

Not your traditionally inane list of “most admired,” most of whom are simply rich, famous, good copy for the MSM. Accounting for themselves at God’s Judgment Seat, those fools will find themselves turned away for being useless at best. Not so these people.

2 Replies to “People to admire, people to emulate [OR not].”