UPDATE 9/7/20: Do you hear what I hear? Upcoming, October 3: The UnSilent Majority March on Washington!

ORIGINAL POST 9/6/20: It’s a comforting thought, that there is indeed a Silent Majority of voters out there, quietly biding their time until they cast their ballots once again and (hopefully) allow free American life to resume. There will always be “resistance.” People are terrified of freedom, usually their own worst enemies however much they look outside themselves to place blame. 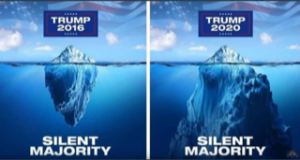 Few of us have escaped the discomfort of being surrounded and outshouted by oblivious family and friends, fanatically certain that Trump is Satan and socialism a very good thing. Only in the rarest of instances will honest debate change any minds, mostly because no debate is even permitted!

So, in conservative fashion, live & let live is the best policy, and silence on political matters advisable, even healthy. One keeps quiet counsel with oneself, with one’s core, and the process is comforting, fortifying, like prayer. Small wonder our friends across the political aisle have such contempt and loathing for religion…with the exception of their own loud, bombastic belief in mass control through social engineering.

But, thankfully, things are never really silent in real America, even at this tense moment. There is movement, enthusiasm, hope and optimism! Read, listen and be refreshed! 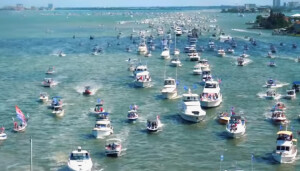 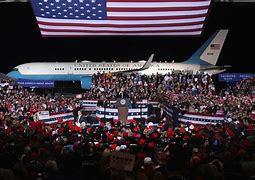