Thanks to the miraculous election of  boisterous, outrageous businessman Donald Trump in welcome reaction to grim, grim, grim ObamaNation, the battle lines in the war for America’s soul are drawn: a nation of ID Politics victims, permanently dependent wards of a “Democratic Socialist” state permanently embroiled in civil war vs.  a nation of free, self-reliant individuals, creators of their own wealth eagerly participating in a free, openly competitive market of commerce and ideas.

Trump vs. ObamaWannaBes, capitalism vs. socialism, freedom vs. enslavement, life vs. death. As good an illustration of the choice facing us is two very different Jewish guys: Bernie vs. Bernie: Home Depot founder Marcus vs. career Marxist loser Sanders. The former, creator of hundreds of thousands of jobs, prosperous families and an astounding resource for millions of consumers; the latter a parasite hawking Free Stuff For All to be paid for by…the former! Creator vs. destroyer.

Some choice, really no choice at all if personal liberty, political freedom are considerations. But apparently there’s no underestimating the suicidal stupidity of millions given that choice. 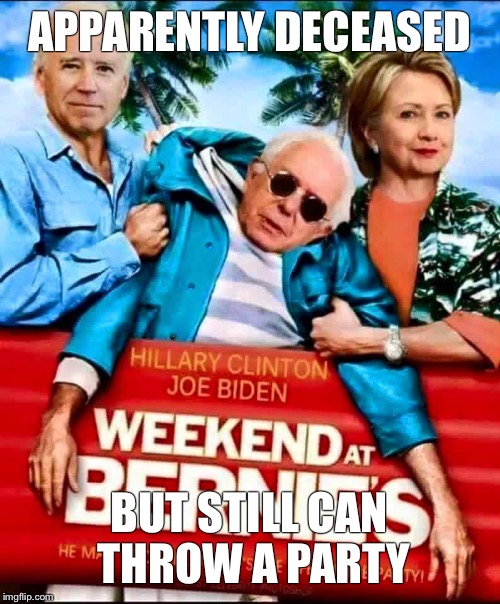