Some of us traditionalists do live a bit in the past, but then, in the end, what do any of us have except our memories? We can’t see the future, but we can view the past, often through a softened, romanticized lens. In so doing, we can tolerate what might be an intolerable present and a frightening, uncertain future. What more perfect way to describe Hollywood and the gifts it bestowed upon us in its Golden years from the 20s thru the 60s?

In those years, Hollywood was the place where our royalty dwelt, and they were called Movie Stars. For our entertainment and distraction they sang, danced, laughed, cried, swung from trees, swam in formation, rescued fair maidens, fainted, made horrible mistakes, killed the enemy, saved the innocent, spun priceless wisecracks right off the tops of their beautifully coiffed heads, literally fell on their faces, triumphed in the face of adversity, paid the ultimate price for their crimes,  found love, lost love, went off grandly to their executions, got by, lost the race, won the race. They told stories of all levels of importance, and they did it for all for us. What we are left with are precious shared memories of those faces and songs and dances and dramatic and comic situations that unite us in a common cultural past and, like it or not, shapes much of the way we face various life situations. Culture rules; for better in those days, for worse in current times. 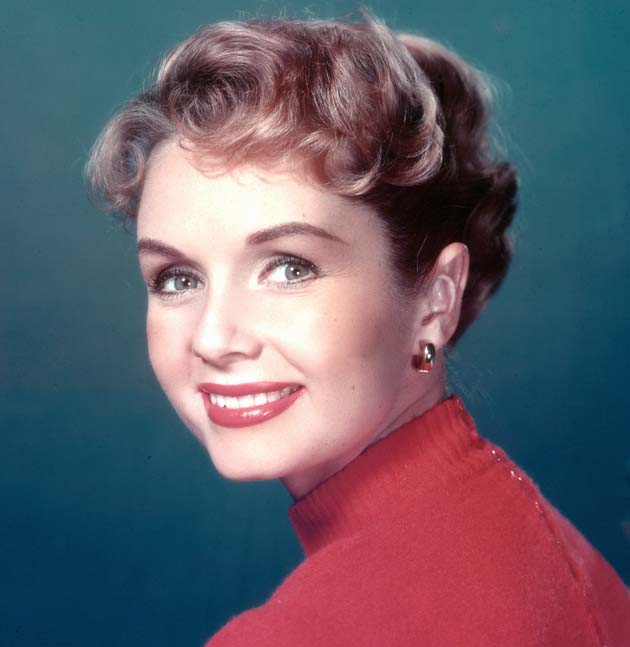 Debbie Reynolds was one of those glamorous Movie Stars, a Burbank Cinderella who got noticed at the ball and designated by the Big Guys With Cigars to have just the foot to fit the glass slipper. Voila! a Hollywood Princess! She rose to the occasion and with very little prior experience danced expertly and memorably alongside Gene Kelly & Donald O’Connor in “Singin’ In The Rain.” Other co-stars above the title with her along the way were no less than heavyweights like Fred Astaire, Frank Sinatra, Bette Davis, Jimmy Stewart. No slouch or pampered Princess she. Not surprisingly, she never was a dramatic heavyweight although she wanted to be considered for those parts. She emoted well and sincerely without music in the grim ‘n grey “The Catered Affair,” but it’s the singin’/dancin’/scrappin’ “Unsinkable Molly Brown” that shows her off best. The fact that Molly was also her favorite role bespeaks an admirable (and realistic) sense of herself. She would never rise to the dramatic/comic heights or versatility of an Irene Dunne, Myrna Loy or Claudette Colbert. Nevertheless, she carved out her own endearing, immortal niche…and not just for what she did on screen or stage.

Her repeatedly scandalous “private” life melded seamlessly and magnificently with the public one, much to the delight of those press agents and producers peddling their Dream Factory wares. She herself was never a scandal but invariably a determined survivor of the bad behavior of others: deserted by Eddie for Liz, bankrupted by subsequent husbands, even being homeless and living in her car at one low point. BUT…never mired down in self-pity, she would repeatedly go right over the barriers and steep hills set in her way.

Debbie was a creature of Old Hollywood, ruled by the professionalism and even-tempered self-control her daughter Carrie totally lacked.

Crazed, frantically colorful, desperate-to-be-clever Carrie would become a long-running tabloid industry, manically turning her life of spoiled Hollywood excess and self-destruction into the next screenplay, novel, interview, one woman stage show. It’s amazing that she lasted as long as she did, and when she went, the one who loved her most literally died with her, the next day no less.

Debbie’s own plain-spoken, unglamorous mother once said when interviewed that she didn’t much care for Hollywood because they were, by and large, a big bunch of “phonies.” 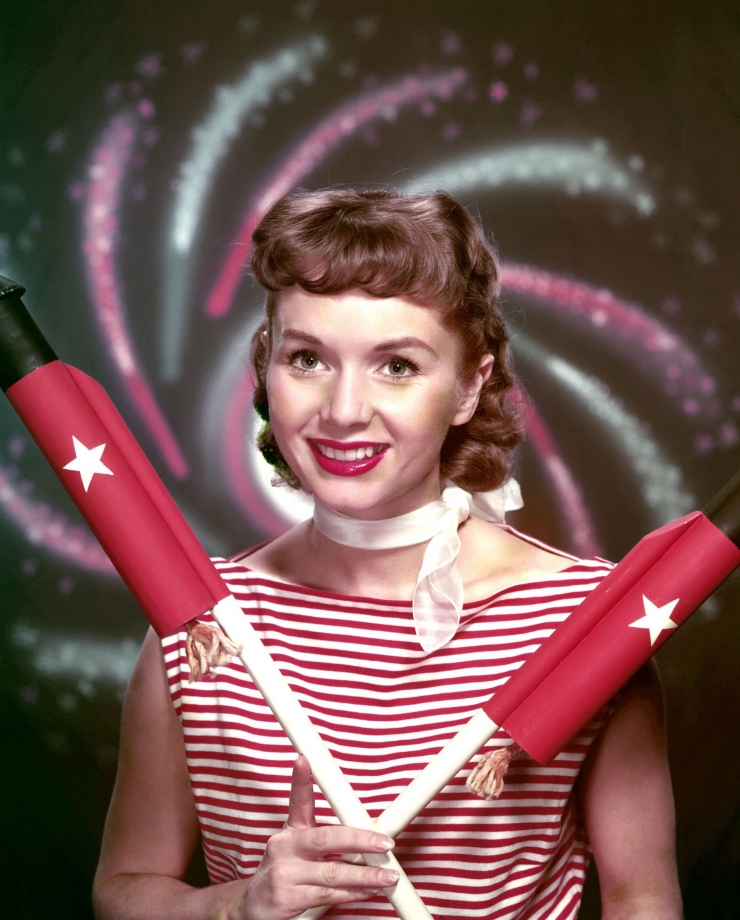 For  all the tinsel, glamor and artifice attending her chosen career, Debbie apparently was her own mother’s daughter and never really became one of the “phonies.” What is more tragically real than a parent outliving a child? And what is more poignant than a mother so aggrieved at losing that child that she virtually wills herself to join her?  This is not cheap melodrama but the stuff of what makes us human, sometimes comic, often tragic.

Her life and career seemed to be the stuff of fairy tales and dreams, but in fact it became one long fight to stay afloat, to maintain her dignity, her financial and personal independence. And she did it again and again. It can’t have been fun, but she was made of something durable going far deeper than that bright, chirpy movie star façade. And for that, she is to be admired and fondly remembered; not as a victim, but as that American girl who repeatedly declared to the fates, “I ain’t down yet!” 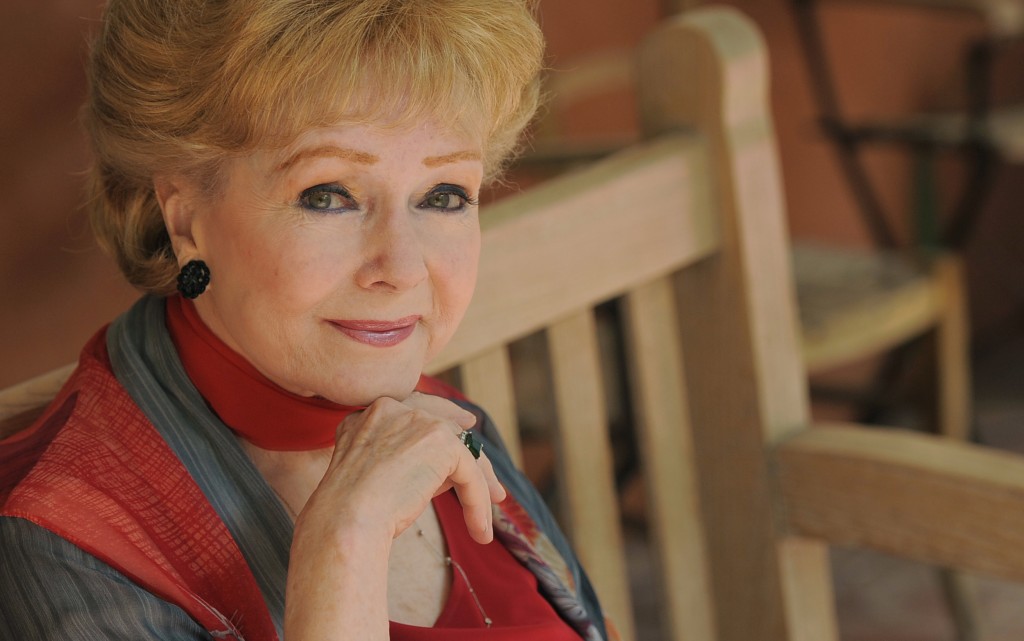