UPDATE 11/20/21: Six years on, this writer’s take on Trump is certainly different. At that time, my view of Trump came from the avatars of what turned out to be Never Trumpism (like National Review) who showed themselves over time to be against Trump no matter what sane, beneficial, conservative policies he put into action after his election. Unlike the RINOs championed by the Never Trumpers, he delivered on what he promised. For the RINOs, anything Trump is/was/always will be bad. I changed my mind swiftly when he proved himself to be the best POTUS on all counts since Reagan. They, alas, can never change and have permanently discredited themselves in the process.

As for the eminent domain issue, the woman was offered a princely sum well above the market value for her house by the Trump organization. She unwisely stood pat, and the new buildings were literally (and lawfully) built around and above her property. For what she was initially offered, she could have easily bought a new property elsewhere. Granted, It’s literally unsettling for the longtime, individual property owner when big development comes in. In refusing to face reality, she bears the responsibility for coming away with nothing when she could have walked away with more money than the house would have ever brought her on the market.

ORIGINAL POST 11/6/15: There is no more fundamental right than that of private property ownership. Take that away and we’re just serfs to be trampled upon by those with the money and political/legal power to take what and when they please for however much from whomever they please. Ask Vera Coking, the old lady whose house stood where Donald Trump wanted to park limos for his Atlantic City casino back in the Nineties. Behold the eminently ugly. cruel face of crony capitalism. 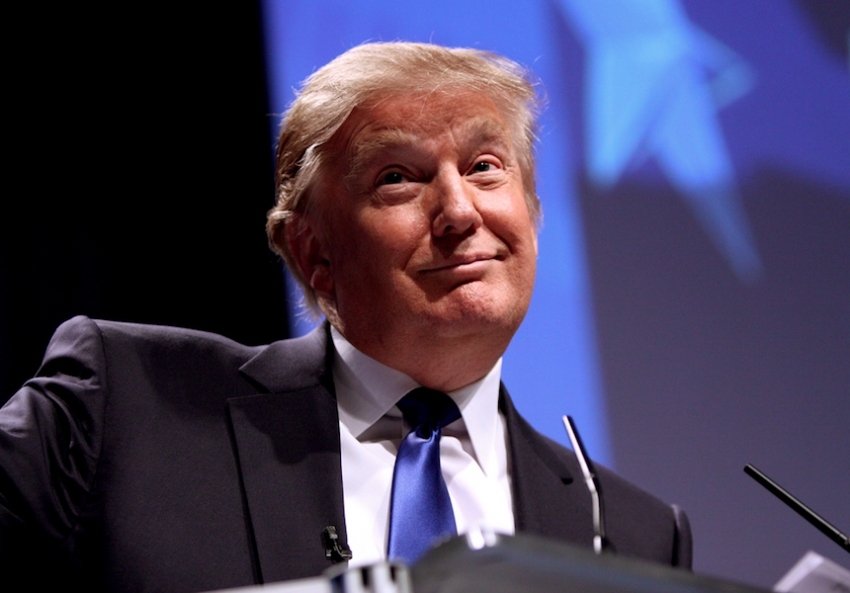 The Donald, like so many  before him, wears the mask of conservatism-individual rights (including property), limited government, limited taxes, strong defense of American sovereignty within & without our borders-while practicing the tyrannical tactics of garden-variety greed. Since the infamous Kelo ruling expanding government power to seize private property, abuses abound: here and here and, doubtless, in your own township. For help, start here.

One Reply to “Eminent Domain: Cruel Crony Donald shows his Big Ugly on this one.”