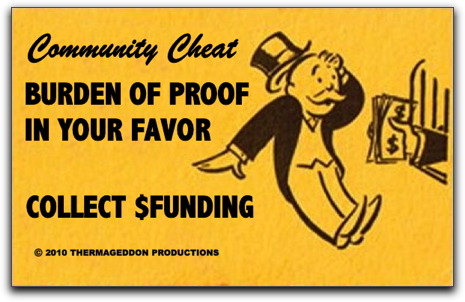 Global Warming: the ultimate panic scam every would-be dictator wishes he could perpetrate, now going the way of the dodo bird.  Its last gasp approach? Well, if the sky isn’t about to fall, the burden of proof is on you Deniers to show that it isn’t! Let the de-programming of millions of liberals/socialists begin. Most likely, they’ll hold on desperately until the next compelling crisis is served up to them. Some hopeless souls can’t live without their chains and expect the rest of us to do the same.

Read James Delingpole at The Telegraph on Willis Eschenbach putting the latest Global Warming zealotry out of its misery.

Read Willis Eschenbach at Watt’s Up With That.