“Barack Obama’s presidency is effectively over. Strong words? Ask yourself this: what other president of the United States would have spent almost three

Liberals love to call the U.S. Constitution a “living document” — in other words, one that changes through time in order to keep up with the times.

And at one level, they are certainly right. Because the Constitution can be amended at any time through a difficult but manageable process, it can reflect the changing needs of our people.

END_OF_DOCUMENT_TOKEN_TO_BE_REPLACED
Posted on August 11, 2010 By: Fred

Let’s think about President Obama’s failed economic stimulus program. Before getting to the nitty-gritty of why stimulus packages fail, let’s look at the failed stimulus program of Obama’s hero, Franklin Delano Roosevelt.

END_OF_DOCUMENT_TOKEN_TO_BE_REPLACED
Posted on August 11, 2010 By: Fred

In the brouhaha over the so-called “Ground Zero Mosque,” there’s been a lot of inconsistency among all sides. Many conservatives, including former GOP vice presidential candidate Sarah Palin have been advocating against property-rights (something they’ve gotten rightfully upset about regarding the Supreme Court’s atrocious ruling in Kelo vs. New London). Liberals such as New York City mayor Michael Bloomberg have finally found a religious institution they can get behind–one utterly unaffiliated with traditional Christianity or Judaism.

We have seen a civilization so great, so long-lived, and so strong that it couldn’t die – do exactly that.

The concept of too big to fail does not necessarily apply to nation states.

We don’t have to go back very far in history to observe such a catastrophic event. It isn’t necessary to go back to the great pre-Christian civilization of Egypt to find parallels with our own current destructive patterns, nor do we need to compare our country to ancient Rome, and that greatest of civilization’s centuries’ long world reign and subsequent downfall. In much more recent times, we can look at what happened when our first and oldest ally, the ancient regime of the great nation of France, in the late 18th Century, self destructed in large part due to nation-destroying financial practices. 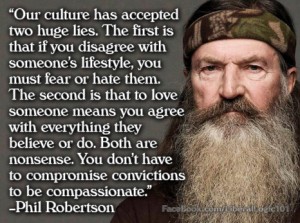 The decision by federal judge Vaughan Walker to invalidate California’s Proposition 8 both recycles and revives some of the tired, misleading clichés regarding the same sex marriage controversy. These distortions demand direct, concise correction and rebuttal.

Wisconsin Rep. Paul Ryan is unique among House Republicans in having assembled a comprehensive federal spending, taxation and entitlement reform blueprint, which he calls a “Roadmap to America’s Future.”

Sunday’s Examiner editorial entitled “Time to admit Obamanomics has failed” was the most-read editorial ever published on this site. It’s not hard to see why, considering two of the latest economic indicators made public at the same time.

One of the most extraordinary features of Barack Obama’s victory over John McCain was his capture of 78% of the Jewish vote. To be sure, there was nothing extraordinary about the number itself. Since 1928, the average Jewish vote for the Democrat in presidential elections has been an amazing 75%—far higher than that of any other ethno-religious group.