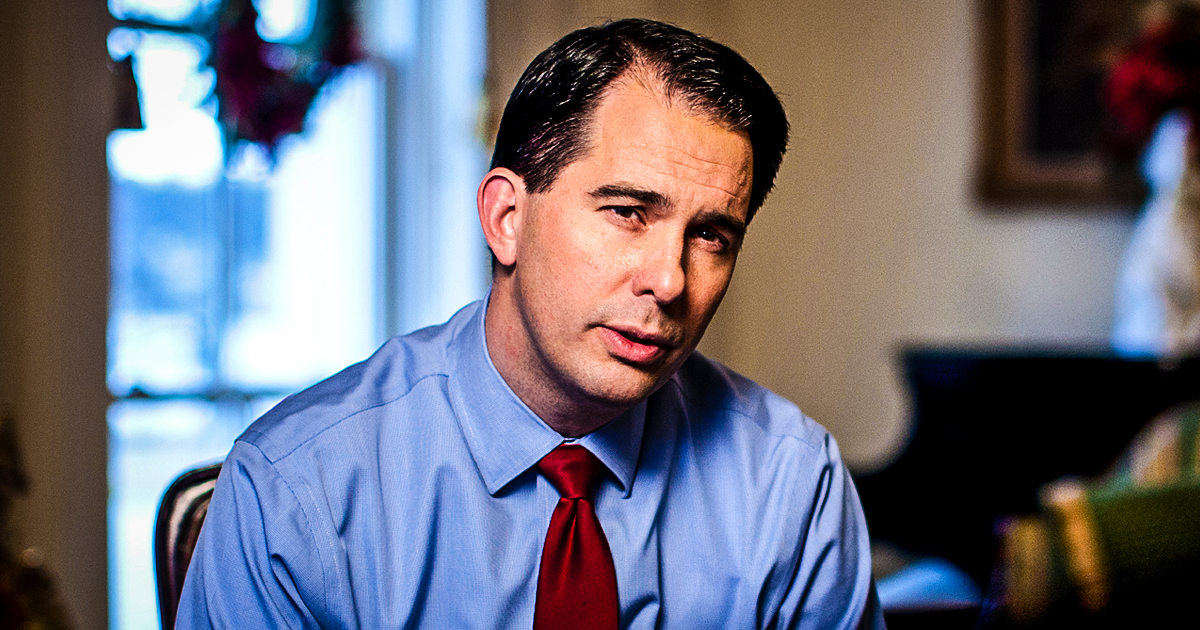 UPDATE: 9/23/15 Walker withdraws. Conservatism’s loss. What are the consequences of letting Trump have his way?

Scott Walker’s strong credentials as an electable Conservative candidate for POTUS start with his consistent success as an unabashed Conservative in a traditionally blue state: containing & turning back out-of-control Public Employee  unions, his calm steely resistance to said unions all-out thuggery, vaporizing the phony “criminal investigation” disinformation planted in the media, walloping the opposition in a recall vote arising out of the union conflict, all the while running Wisconsin as a model of fiscal responsibility and genuine reform (Big Education, for example). He and his family have weathered having their home surrounded by union-fired mobs, and he continues to show unflappable grace in response to virtually every staged ambush, literal & figurative, thrown at him.  His life and career read like the classic Heartland American story, refreshingly devoid of Ivy League indoctrination; he has a strong, durable wife, two attractive sons. Definitely a real cause for hope against the Obama/Clinton onslaught on America-ObamaCare, Climate Change, Common Core, uncontrolled immigration (some Walker ambiguity here), Islamic appeasement-a seasoned political fighter (and winner!), a proven alternative to the same old mush-guts of the RINO establishment.