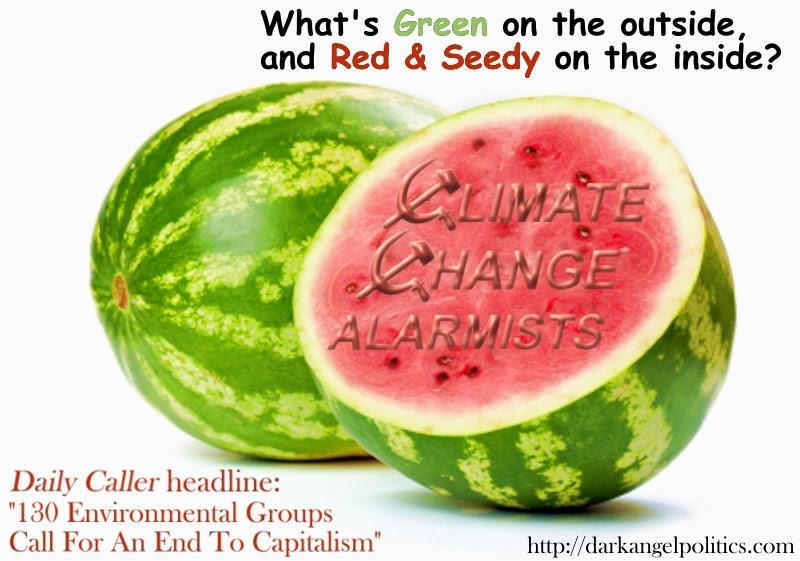 Watermelons: Green on the outside, Red on the inside. Clever, colorful and thoroughly accurate assessment of “Global Warming” and its real goals. Nothing to do with …

END_OF_DOCUMENT_TOKEN_TO_BE_REPLACED
Posted on November 14, 2015 By: Fred

In case there’s any doubt, “Climate Change” is about power and money in high places, not about “saving the planet.” There are literally billions to …

A federal wildlife biologist whose observation in 2004 of presumably drowned polar bears in the Arctic helped to galvanize the global warming movement has been placed on administrative leave and is being investigated for scientific misconduct, possibly over the veracity of that article.

Charles Monnett, an Anchorage-based scientist with the U.S. Bureau of Ocean Energy Management, Regulation and Enforcement, or BOEMRE, was told July 18 that he was being put on leave, pending results of an investigation into “integrity issues.”