UPDATE 3/12/21: Just in case the criminal lockdowns and sinister masks are faltering, vaccine mania is now let loose upon the land to compound the fear, suspicion and division designed to destroy America and Americans as we have known our country and ourselves. “Have you had your shots?!” has become the social-shaming sequel to “Why aren’t you wearing a mask?!!!”,  visibly marking and separating the virtuously branded & enthusiastically acquiescent from the criminal “Covid sceptics” (aka Deplorables, Bitter Clingers, Domestic Terrorists, Enemies of the State).

Not by chance, this division falls right down political lines, the American politics of liberty vs. the dictatorial politics of global totalitarianism. The “honorable” political Party of “Science” (and attendant “experts”) is, in fact, the Party of science fiction. Relying upon mass hypochondria obsessed with the fantasy of Zero Covid, the deluded masses of America have become accessories in their own (and their country’s) destruction.

All this has become possible thanks to the Covid lockdowns. How better to righteously wage war on natural self-reliance, autonomy, independence, personal responsibility, the wellsprings of a free market of individual producers and consumers? If allowed to go the full distance, the remaining American rubble will be, by sinister design, a majority of desperate dependents looking to Big Brother for a few crumbs to survive. Employing the Cloward-Piven strategy, public spending will go off the chart, the welfare system will be flooded into bankruptcy,  the economy destroyed. For those not succumbing to economic desperation, the psychological isolation and public shaming of cancel culture is already taking up the slack. Quite the plan and, ominously, no panicky paranoid delusion. Welcome to a once-unimaginable Orwellian Twilight Zone.

About that Magic Vaccine: a startling majority of front-line healthcare workers, those most at-risk, are wary of it. Not that it matters to those motivated solely by power and control. The general public believing what they are fed 24/7/365 by the MSM is immune to skepticism about their Beloved Leaders’ noble intentions. Like animals conditioned by electric shocks administered by their masters, half the nation has become a mob of hysterical passengers  on the Titanic, shrieking & rushing port side as the boat leans starboard and back again and again to yet more deafening screams.

Meanwhile, the rational carry on their normal lives and ponder with open eyes the senseless and irreparable damage done by lockdowns. Only the terminally naive and willfully ignorant continue to ask, “Why do they continue the lockdowns after vaccines and herd immunity have pretty much eradicated the virus?” “Has a mistake been made?”

No. No mistake. Calling this horror “a mistake” is analogous to hearing politicians claim they “misspoke” instead of just saying “I lied.” In terms of damage deliberately done, the word is “crime.” Will justice ever be done for all this, the end and worst of which we have yet to see. Are we still living in America? 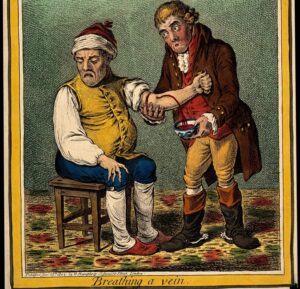 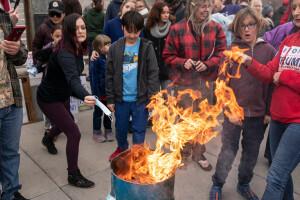 Reagan: Ageless at 100 (and counting)

UPDATE 3/7/21: Reagan IS ageless as the original heading here states. As a mere cartoon illustrates, the good ideas of good men never date. 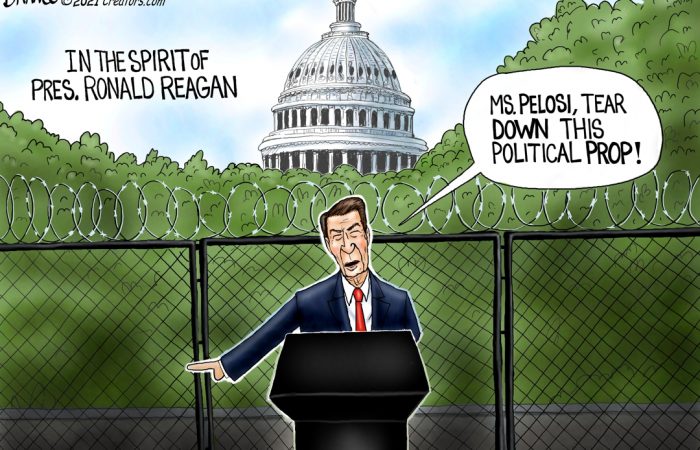 Lies Of The Week(applicable to any week, past/present/future)

UPDATE 3/7/21: Unabashed hypocrisy is really a Big Lie, repeatedly told with a straight face. Hair-splitting sophists are welcome to debate the finer points of what essentially defines the Left. 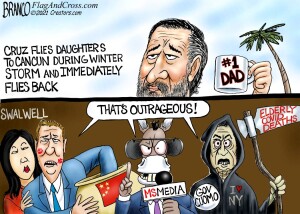 I’m A Victim Too (IAVT)-Black Chapter

UPDATE 3/12/21: Meghan and her prince have morphed into the bellwethers of our culture’s slide into Wokeness. Even wildly famous, insanely rich celebrities can be AVT: A Victim Too!!!

UPDATE 3/7/21: On a blog devoted mostly to politics and the preservation of freedom, why waste time and print on vapid celebrities, particularly  those accurately typed by Candace Owens as the “Hollywood-kind?” The reason is crony capitalism, the inherently corrupt, often illegal alliance between the corporate and political worlds to the mutual advantage of both (and distinct disadvantage to a free, competitive market). Both seek power and money without limits, and what is Woke Hollywood but Leftist Big Business buying absolution and cover for their unfettered greed? Like their counterparts in politics, the Hollywood Elite Left promote the empty cliches of their political cronies-global harmony, Green New Deals, shared wealth-as they hop about the world on their carbon-spewing jets to the far-flung opulence of multiple estates hidden behind walls and personal security details while preaching austere global socialism, gun confiscation and the chaotic perils of Open Borders for the rest of us proles. What else explains the special fascination the Duchess of Sussex inspires in tabloid readers and those of us who study the acquisition and uses of power? Behold a total operator (and basically  dull personality)  getting away with it on the grandest scale.

P.S. Harry The Prince was just the ticket in for this adventuress and has no other real significance to the saga. 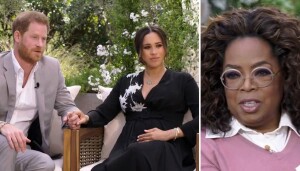 UPDATE 3/7/21: Not that it matters because they’ll be getting rid of him very shortly, but Gropey Joe’s sexual peccadillos  should have long ago removed him from public life. As in all things, the Left is very selective about its outrage. 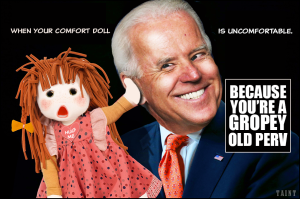