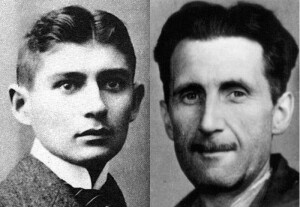 UPDATE 4/11/21: What is Cancel Culture but the suppression of free speech, the cornerstone of political freedom? The seeming insignificance of silly tabloid people like Harry & Meghan takes on real significance when media celebrities like Piers Morgan and Sharon Osbourne find themselves terminated by their TV employers for criticizing them. If celebrities are vulnerable, what of us anonymous Deplorables? 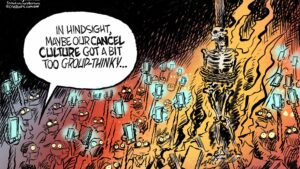 And where are the courageous adults who refuse to allow this? One gutless British headmaster caving to the an angry mob of Woke schoolchildren provides an object lesson of what not to do, for his own sake and for that of young people in desperate need of strong adult leadership.

The first dose of truth here is that  the virus will pass (and may already have passed) into oblivion despite what power-mad politicians may wish. Daily abuse of the most basic civil liberties brings home how little public health and safety have to do with the desperate perpetuation of lockdowns, masks and social distancing.

Witness one outrageous episode of jackboot villainy on the part of Calgary cops against a good man feeding  cold, hungry people on the street. Following the $1200 fine for his street work, he’s visited at his church by more cops and stands up to them, screaming “Nazis are not welcome here!” The man is the focused object and public test case for arbitrary tyranny from local authorities, all for  senseless rules, It can’t happen here, you say?

And to think we thought we had a “conservative” majority on the Court thanks to Trump’s choices. 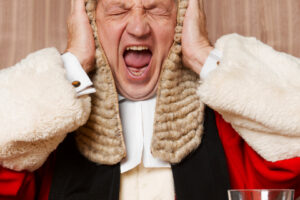 UPDATE 1/28/21: As de-programming anyone connected directly or supporting Trump becomes mainstream, it is suggested that these New American Fascists look to China and their “social credit scores” for a workable plan. But then, they’re already there. 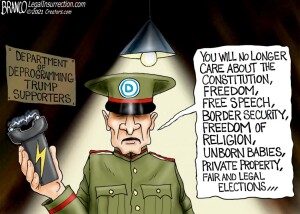 ORIGINAL POST 1/24/21: As of January 20, we have suddenly morphed into a nation of 330 million faceless, masked criminals on Trial, guilty until proven innocent…which is  NEVER. Either the trial remains an imminent threat hanging over us; or if it does commence, we have already been pronounced guilty.

Free speech, dissent of any kind from the currently prevailing political Party in power, is now deemed in the newly occupied White House and halls of Congress “domestic terrorism.” Real domestic terrorism by the likes of the Left’s storm troopers AntiFa and BLM is “peaceful protest.”  Political debate, now virtually criminalized in Reset America,  is  “a call for unity.” White is black, up is down, 1+1=3.

End of argument, end of debate, end of free speech, end of America.

Our land of the reputedly free and brave is now Kafka & Orwell wrapped up in one.

It is certainly easy to despair, taking in the various Reign of Terror fantasy scenarios our vengeful political opponents have in mind, fully backed up by those now in full control of all levers of power in Washington. The so-called opposition in the Republican Party is no opposition at all but rather totally complicit in turning back the whole MAGA revolution.

Suspense is now waning over whether American justice will rule, whether the Constitution and its assurance of protection under law still prevail. At the moment, we seem to be witnessing a suspension of those safeguards we have taken for granted for nearly 250 years. Where was law enforcement-the FBI and DOJ-when AntiFa and BLM were laying to waste all those cities and businesses and human lives? The stolen election?  Where was the Supreme Court when the legitimacy of the election was called to court by the States? No trial, no justice. Then January 6 and an instantaneous kangaroo court trial and death sentence handed down on any political opposition to the incoming Potemkin administration.

Day One of the Great Reset has clearly been planned as one big U-Turn to continue and finish the Obama Transformation.

One of many examples of TDS(Trump Derangement Syndrome) at work minus any benefits to the American people: rescinding Trump’s Executive Order lowering drug prices (hurting the bottom lines of many Big Pharma Democrat donors.)

Pandering to one of the ever-growing Social Victim lobbies, competitive women’s sports are now compelled to include biological men who “identify as women.” So much for real biological women’s rights. Being female just ain’t what it used to be.

Abolishing the 1776 Commission, very possibly in favor of an America-bashing 1619 Commission. Can’t be characterizing America as anything resembling “good.” In case you’re on the fence about that one, here ’tis.

Energy independence and the tens of thousands of jobs accompanying it, canceled.

National borders are soon to be opened wide to all those incoming Dreamers (new Democrat voters) while at the same time the borders between states are by Executive Order to be policed to protect all of us from those enemies of the people defying a nation-wide mask mandate for interstate travel. A routine (maskless) run to  the grocery store or gas station just across the river into the next state might  end you up in jail or severely fined. [Cue sound of gavel on bench.]

The bad news is here and must be addressed. Where to start? The foolish folly of Americans duped once again by the promises of Big Government control, sacrificing freedom for faux security. Ugly treachery and hatred from within what is supposedly the intellectual bulwark of conservatism. The rewriting of history. Denial of the threat from outside, the looming Communist Chinese presence and its determined reach into the centers of power via ownership of American politicians (starting with Big Guy Joe and his larcenous brood).

Madness with a sinister method reigns. Welcome to UniParty America, administered with a spoonful of sugar by our aspiring Masters.

One can take heart that Natural Law, also known as God to some of us, survives as the equal, opposite reaction, the eternal struggle of good vs. evil. To the everlasting vexation of the Transformationist Master Planners, grass continues to grow up through concrete and hope springs eternal. How this ends depends entirely on whether The People, those millions of individual souls, we Deplorables clinging to our guns and Bibles, do not give up our liberties and continue to work and live freely to whatever degree possible, however impossible and overwhelming the odds. It’s still our Republic, our country…if we can keep it. 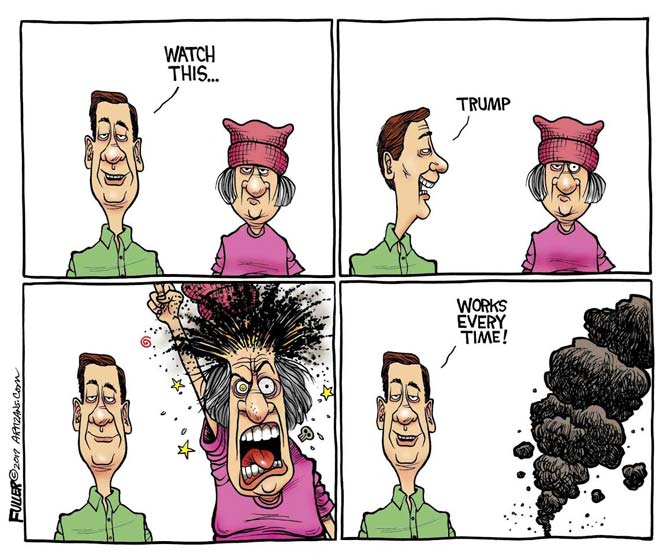 7 Replies to “Kafka and Orwell wrapped up in one.”