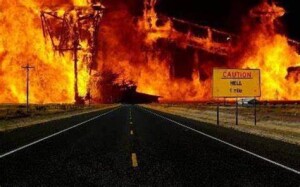 UPDATE 4/17/21: Just remember that the Senile Hologram and his team have nothing but your best interests at heart.

UPDATE 12/26/20: One shudders these days at the heartless treatment of older people  by their own families, locked away from human contact “for their own good” over Thanksgiving and Christmas. The rationale for submitting to such elder abuse (and the flip side of “for your own good”) is doing it “for love.“  Who is that put-upon parent or other unfortunate recipient of such “goodness” to stiff-arm such “love” from their own children?

Some wear their hollow virtue as a shield, only to use it in the crunch as a bludgeoning cudgel. Ask any one of us caught in the lately-criminal act of walking about without a mask and drawing concerned compassion of total strangers, the Awakened Maskeraders. 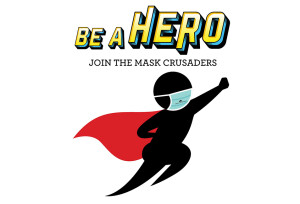 UPDATE 12/14/20: “Good-intentioned” multibillionaire Bill Gates thinks nothing of the millions, perhaps billions of lives ruined/ended by shutting down the world economy for…well…just a little longer. Remember that business about “the road to hell?”

ORIGINAL POST 12/6/20: Among many dismal prospects of a possible Harris-Biden(sic) administration, self-proclaimed “President-Elect” Gimpy Buck Naked Dog Abuser aka Sleepy Joe promises to keep the CoronaCrazed panic going with 100 more days of masks and lockdowns. And now this demented fraud (really his puppeteer handlers) has decided that Christmas is canceled because of a record number of corpses piling up between now and January 20. Naturally, this gigantic lie has been backed up by that expert of experts Tony “Lockdown Louie” Fauci, flushed with rosy new excitement over being invited to continue his ongoing crime against humanity.

We get it: keep gullible Americans in crisis mode, destroy small business in the process and ensure the massive expansion of the  generous Federal government coming to the permanent rescue. “Nice little business you’ve got there, pal. Too bad somebody might burn it down. Let us protect you.”

There is no more accurate analysis of the sort of tyranny facing us than framing it as the great “humanitarian hoax” (well described in all its devious detail by writer Linda Goudsmidt). How else has the Left peddled its poison for this past century? Somehow, making tyranny something “for your own good” has worked on the easily coddled masses, including the brainwashed half of the American electorate taking their basic liberties for granted, now learning how easily they are lost…and accommodating themselves graciously, oh-so-virtuously to that loss!

Of all tyrannies, a tyranny sincerely exercised for the good of its victims may be the most oppressive. It would be better to live under robber barons than under omnipotent moral busybodies. The robber baron’s cruelty may sometimes sleep, his cupidity may at some point be satiated; but those who torment us for our own good will torment us without end for they do so with the approval of their own conscience”
– CS Lewis, The Humanitarian Theory of Punishment

Lewis finishes his classic essay with a couplet that sums up the fatal mistake committed repeatedly by those naive fools embracing the Left: “Be ware ere ye be woe/Know your friend from your foe.”

Small wonder the only conception of “It Can Happen Here” fascism for too many is the Nazi model which made no pretense of hiding its pure hate behind the mask of phony altruism. As accurately described by Orwell (“1984,” “Animal Farm”) and Koestler (“Darkness At Noon”) , the most insidious tyranny can be imposed and accepted as being humane and healthy for everyone. And a bullet to the back of the head is the ultimate cure for anything.

Presumably, we’ll know what’s ahead for us in the next few weeks, whether our Republic survives in the form of Constitutional protections (the Supreme Court calling the blatant voting fraud what it truly is and awarding the Presidency to the real winner)…or whether our last recourse has fallen into the abyss of the Globalist/Marxist Deep State a la Venezuela.

Miracles are possible. America herself is one; brash, fearless leaders like Trump and those supporting his mission of freedom (not “safety”) are another. Where healthy life stirs and moves actively against the dark forces of death, there is always hope.