UPDATE 11/15/20: Living up to her potential as SOMEONE TO WATCH, Kristi Noem exposes Obama’s projection of his own calculated racism onto those 70 million Americans of all races and backgrounds, living decent lives who would never vote for him…or now regret they ever did. 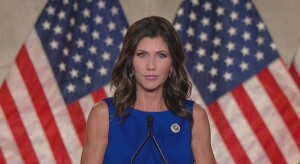 UPDATE 11/15/20: Where does one start when responding to a whole ideology (and political campaign) based on lies? At least, it explains how the Left plots, plans and executes the evil things they do. Too bad half of the electorate believe any means to their “noble” ends are justified.

UPDATE 11/15/20: The Obama legacy of a permanently divided America (ID Politics) shows up in his new memoir and vomited out of the nasty mouth of his high-living, profoundly unattractive spouse.