We’ve had the trial run for totalitarianism, a foul taste of things to come  judging by the enthusiasm with which most Dem Left Blue state and city machines are intent on prolonging the CoronaCrazed! Lockdown. The arbitrary imposition of controls and suspension of our most basic rights, legally punished if defied, is what these cold-eyed Master Planners have in mind for us. 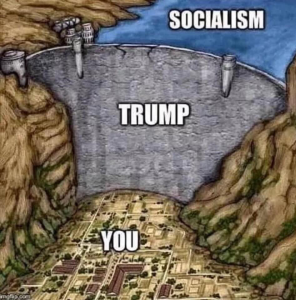 The good news first: Trump’s second term agenda provides a blueprint for the future, opening up the country being first on the docket. If, God forbid, Biden is elected, we still have a road map back, however difficult it may seem.

The bad news is how uphill the battle for a second term is and what a merciless foe we face. Big Tech (Google, Facebook, Twitter & Co.) and the MSM (Mainstream Media) have tossed aside any semblance of balance and fairness and, just weeks before the election, have tried to cancel, hide, distort everything and everyone connected to the Trump administration from POTUS himself on down. Seems the real truth about the Biden Crime/Slime Family and the D.C. Swamp is just too damning. The Democrat candidate himself has been the Godfather (“Pop”)  of a Mafia-like operation bringing in billions for himself and his relatives. To the fanatics of the religious Left, no corruption, lie or malfeasance need stand in the way of their Marxist dreams of a U.S.S.A. 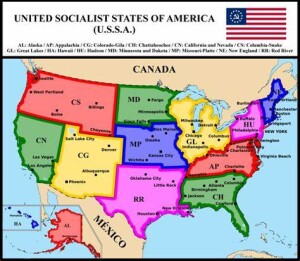 Task #1 is to reject the Dems and the D,C, Swamp they embody at the polls, then go after the private Big Tech corporate monopolists now making no secret of rolling around in that very same Swampy muck for fun, profit and absolute power. Totalitarians seek each other out on high to make alliances that last only up to the point where they devour each other in their evil pursuit of total dominance. Meanwhile, the little people, the hundreds of millions of individual citizens, The People, are hung out to dry. Orwell’s Animal Farm, 1984, Soviet Russia/ China/ Cuba/ Venezuela/ North Korea anyone? 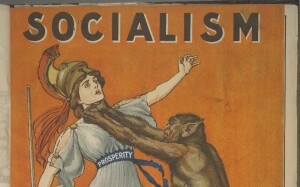 Trump’s election, MAGA, gives America a fighting chance to continue down the path of free, rich/poor/middling individuals thriving in free markets, exchanging the best, cheapest goods, services and information. Government’s job is to stay out of the way while protecting the Constitutional rights of the individual that underpin everything.

Sounds simple enough in theory, and in practice, there is history’s greatest, richest, most creative, far-seeing civilization to show for it. Said Ben Franklin, when asked what he and the other Founding Fathers intended America to be,  “A republic, Madam, if you can keep it,” What say we keep it, at least for four more years?