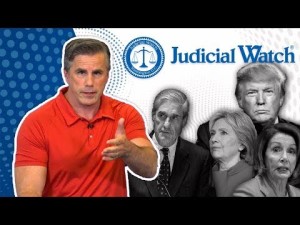 Minus our Constitution and the legal system it spearheads, we are helpless serfs, subject to the savage whims of barbarians unbound by The Law. We have just witnessed an attempted coup on our entire electoral process, a sinister attempt to undo the results of a lawful election.

Now that the political figures both famous and infamous behind this criminal endeavor have been thwarted, let the tables now be turned, these real criminals and traitors now those to be pursued, fully exposed and punished by the wrongfully accused. And that includes every American citizen who voted for Donald Trump.

As our once-trusted agencies such as the FBI lie exposed as part of the treasonous plot to undo Trump’s election, American citizens must take things into their own hands.

JUDICIAL WATCH is a government watchdog organization with the motto, “Because no one is above the law.” In the absence of the government policing itself or just falling down on the job, organizations such as Judicial Watch exist to ferret out criminal activity at the highest levels of government and set the wheels in motion to bring the guilty to justice. We owe them for bringing scoundrel behavior to light, educating the public, giving the average American citizen an understanding of what has occurred, enabling us to make a citizens’ arrest.

Regarding the Mueller farce and the Democrat Party notables behind it, let the proceedings begin. 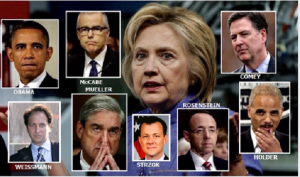