UPDATE 10/19/17: The #Me Too! hashtag and phony victim craze goes viral, as predicted below. Being perceived as a victim is just too profitable and attention-getting to pass up.

No, no, not the MGM musical with Judy Garland. It’s an updated “The Harvey Girls 2017” starring a giggling gaggle of shrieking, freckled, pigtailed kindergarteners suddenly all sharp elbows clambering over one another as they bite, scratch & claw their way to center stage of Hollywood’s latest Virtue Signalling Follies. With the exception of Rose McGowan, none of these   formerly nubile, formerly young sex objects of Harvey Weinstein’s affection had the nerve to go public before now and take him to court. Rather, they’ve cannily waited until now when “speaking up” is now The Latest Thing! Remember when it was cool and mainstream to be a Victim of sexual abuse or have multiple personalities or _________? Get with it, kids! Keep up!

OK, girls! Now who wants to be called  “heroes…a brave voice” by Meryl Streep; and congratulated on your “courage”   by a “shocked and appalled” Hillary Clinton; and supported by a suddenly “saddened”-by-the-“indefensible” George Clooney; and to be safe under the paternal wing of a cuddly Ben Affleck who vows he’ll “do better at protecting our sisters, friends, co-workers and daughters”?

“Me, me!” swoons Gwyneth Paltrow!

Among the women not under consideration or  deemed worthy of Hollywood’s worthless admiration & respect: Juanita Broaddrick whose allegations of rape by Bill Clinton were considered by the Clinton/Obama friendly Huffington Post to be “credible, but its relevance to the 2016 campaign is dubious.”

Point well taken. What relevance could such accusations have for a certain feminist icon running for POTUS who, in the interests of her own overweening ambitions, actively covered up her husband’s indictable crime and directly intimidated the very real female victim of that crime? The same woman who, when asked about her take on Harvey Weinstein last week declared herself to be “sick, appalled, disgusted!” Oh, hell, give the girl a pass! After all, if Harvey’s white-hot hate of Trump and NRA warrants forgiveness for his personal peccadillos, what’s objectionable about all her lies and threatening Bill’s bimbos? After all, this aspiring Methodist preacher tithes and is giving Harvey’s money to “charity” [cue raucous, 10 hour continuous laugh track].

Deemed unworthy of Hollywood’s or the MSM’s attention and unavailable for comment: Mary Jo Kopechne. 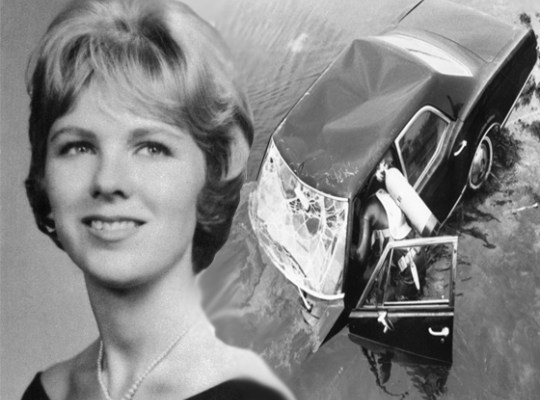 Restating the obvious: mouth all the right Politically Correct talking points, and one needn’t be accountable for anything.