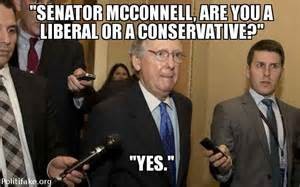 Forget about the Democrats. RINOS like Mitch McConnell and too many other “conservatives” and “republicans” have vested financial and incumbency interests in retaining Obamacare and other lucrative vestiges of Progressivism. [Note their negative reaction to the pardon of immigration bogeyman Joe Arpaio.]These are career politicians who want to stay in office and reap all the benefits (aka money, power) accrued from business and union lobbies. They are entirely dependent upon such “contributions” (aka bribes) regularly forthcoming from both management (the Chamber of Commerce representing the crony capitalists of Wall Street) and labor (SEIU). Two of the most visible faces in DC are Tom J. Donahue, President of the Chamber of Commerce and Richard Trumka, head of the SEIU.

So long as employees and dues paying union members are demanding healthcare benefits, who’s paying? Management and the unions would rather someone else pays. Higher profits, fatter union coffers. Idea! The U.S. Treasury, socialized medicine, ObamaCare. Eureka! Welcome to the trough! Repeal it? Are you crazy? 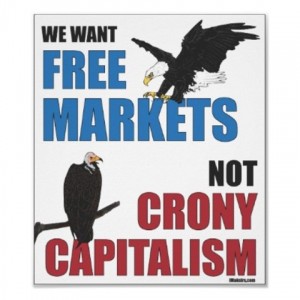 Gee, what about the idea of people (individuals, not collective blocs) paying for healthcare themselves in a competitive marketplace? Tricky because the insurance companies are businesses themselves who’d rather ObamaCare shoulders their healthcare costs for their employees. Businesses are stuck between dealing with the devil while at the same time seeking a waiver from that deal. The answer has been proposed: Prosecute. Enforce the laws. Outlaw lobbyists. Aka, drain the swamp. 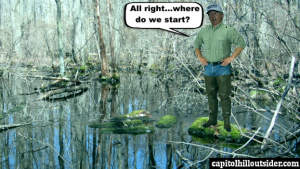 Good luck. What’s it going to take to break this trough-feeding swamp cycle? As always, the ultimate blame lies with “the people” themselves who’ve come to expect that employers and their unions should take care of them, healthcare being just one more “entitlement.” Only when leaving the unions AND the government trough proves to be a benefit and not a sacrifice to a majority of working people AND their employers will there be real reform. Letting the market create competitive and affordable prices should benefit everyone. Who’d need all those swamp creatures then? 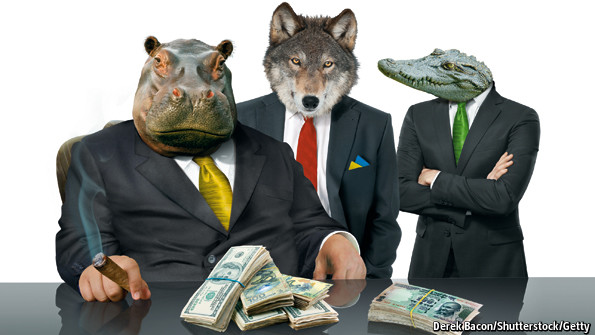