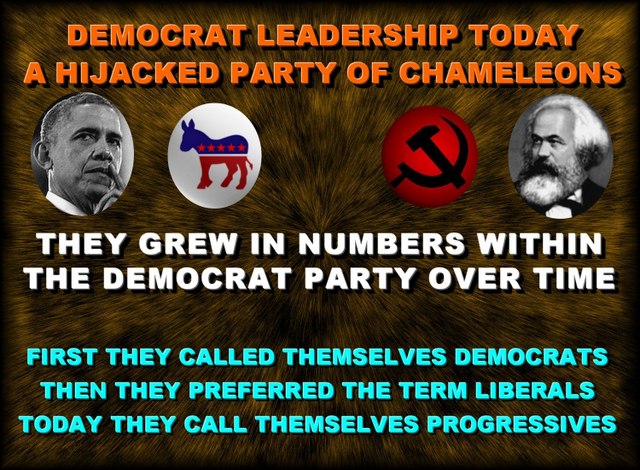 The reactive election of Trump is encouraging evidence that Obama did not succeed in totally transforming America and that much of the intentionally divisive damage can be undone. This week, the federal directive allowing men and women in whatever state of mind to use whatever bathroom they wished has been rescinded, leaving the policy up to the states: one less absurd remnant of Big Brother ObamaNation’s calculated insanity run amok. And one among many reasons why Trump was elected.

The deadly virus still spreading through the population is Obama’s radically transformed Democratic Party. Its operatives include the cocooned Hollywood A-listers and MSM lackeys, easily flattered and recruited over the last 8 years to spread the Gospel of Political Correctness from their highly visible perches. There are the ever-growing number of obedient drones of 1001 “Resistance committees” and Obama’s Organizing For Action, all mush-headed products of the cultish PC orthodoxy dating back to the Sixties, ready to go where they’re told to go, door-to-door, to the streets, into town hall meetings to provide noisy disruption. There are the radical likes of Perez and/or Ellison poised to take over Party leadership. And there  are the paid agitators, Halloween-ready in ghoulish riot gear and black masks, on alert to terrorize when called upon.

One must get used to the idea that genuine progress is, for Liberals/Progressives/Marxists, the enemy. Whatever remains of basic decency and a sensible sense of self-preservation may bring some around, but there will always be those who prefer moving about in the dank, dark shadow of the hateful mob screaming passionately for the security of  Big Brother’s iron control. The fresh air and sunlight of freedom and its responsibilities are too frightening.