UPDATE 6/21/21: A German company draws the line with its Woke (anti-Semitic) employees objecting to its visible pro-Jewish stance. Don’t like the Israeli flag flying in front of your place of employment? Go find another job. Bravo!! 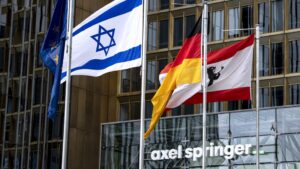 ORIGINAL POST 10/13/16: When will the peaceniks of the world realize they’re dealing with people who live to kill? The Jews, in tender memory, have always been the darlings of the Left when they’re victims, helplessly being shoved into gas showers and cremated in ovens. But defend themselves NOW against Hitler’s homicidal heirs? Warmongers! 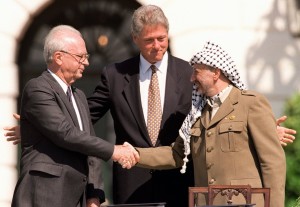 Behind it all: the “romance” of collectivism among the nattering, educated classes, the destruction of America as a republic, Obama’s stated intent to transform America into a One-Party Socialist State ruled over by Hillary’s band of lawless looters.

One Reply to “America/Israel vs. Our Enemies:
War Is Peace, Ignorance Is Strength”