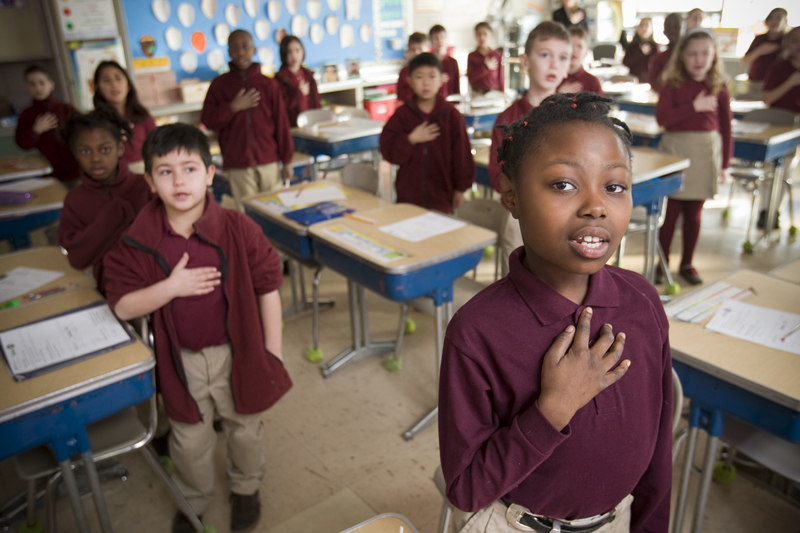 UPDATE  11/7/16 E-Day minus 1 and among many fundamental issues hanging in the balance: school choice and breaking up the union stranglehold on public education.

How perverse that “Progressives” like Obama and The Clinton currently running for POTUS are the very antithesis of progress. A vote for Her Crooked Eminence guarantees more New Democratic Voters on the dole (aka millions of naturalized illegals); higher taxes and increased strangulation of business large & small (leading to more jobs abroad and a virtual moratorium on entrepreneurship); the defunding and outlawing of charter schools that allow lower & middle class parents educational choices for their kids.

Forget about upward mobility. Look forward to stagnation and hopelessness, particularly for those whom Progressivism purports to champion: the poor, the unemployed, the Black denizens of the Inner Cities. Meanwhile, the progressively more dislikeable, charisma-challenged Willy’s Wife will continue growing richer from  peddling power and influence via Clinton Foundation donations from her corporate cronies and foreign “investors.” Remember when greed and the One Percenters were the Bogeymen of the Left? When did Big Money become the Dem Party staunch ally and standard bearer? Maybe it’s always about following the money and that Dems with all their noble ideals are just as easily bought off as the next guy. 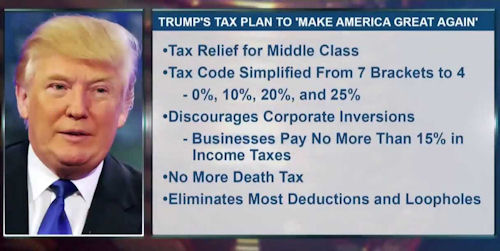 And all financed by the increased tax revenue naturally created by the return of free commerce to America.  Progressives like Obama and Clinton who live only to create dissension, envy and the slavish devotion of the ignorant & desperate, call it “tax breaks for the rich. ” The rest of us call it progress and hope.

2 Replies to “Trump’s Trump Card: Raising the Inner Cities and Unemployed from the ashes:
Jobs back to America, charter school choice.”