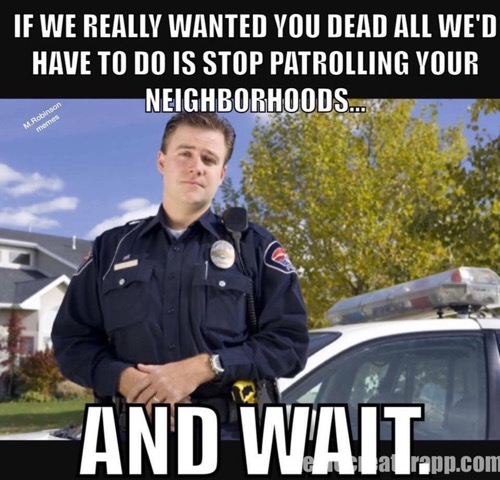 Our last refuge is the law. And, just by coincidence, BLM is all about destroying and discrediting law enforcement in the Black communities. The recent pass given Hillary for willfully, intentionally breaking a host of laws to protect her own profiteering political enterprise is discouraging at best and a dangerous portent of more lawless chaos to come.

Adding to the fun, it’s all a metastasis of an international cancer, immediately recognizable in the recruitment of young Muslims in the Middle East to terrorist organizations such as Hamas. Put on a fancy suit, designer glasses and a shaved, lotioned demeanor to sell what a central casting villain like Arafat could never sell to Americans, and you’ve got Hamas recruiting for Black Lives Matter.

Restating the obvious: who DOES profit from seeing poor Blacks or Palestinians bleed, suffer and die on a regular, permanent basis? The ultimate answer always lies within their own ranks: race profiteers and incendiaries named Sharpton, Jackson, Arafat and their ilk. Thanks to their sympathetic enablers and stooges in high financial and political positions like Soros, Obama and the Clintons, you have the makings of race war. Where would these highly placed opportunists  be without the permanent, intentional helplessness of millions?

2 Replies to “Who’s really the enemy? And the answer isn’t Law Enforcement.”