UPDATE 10/16/17: The money line is that the garbage the jet-setting global warming fanatics are spewing is not only hypocritical, but just plain garbage.

Remember the gullible oysters invited along for a fun stroll with Lewis Carroll’s Walrus & Carpenter…and getting devoured for their trouble? So it is with the inexplicably foolish segment of the population eagerly following Climate Crisis Cassandras like the NY Times and the entire Democratic Party. How fitting Carroll’s duo chat amiably about such Global Warming effects as

“…shoes- and ships- and sealing wax-
Of cabbages- and kings—
And why the sea is boiling hot–
And whether pigs have wings.”

Speaking of walruses: one of the latest fantasies spun out by Globaloney Central has been the dubious tale of desperate walruses congregating in vast numbers on Arctic beaches supposedly because of their melting habitat. Inconvenient Truths easily emerge about this phenomenon called a “haul-out,” observed since naturalists started observing. Naturally pictures of dead walruses abound, skipping over the obvious fact that when 35,000 creatures crowd together, there are going to be casualties. For verification, check out the next South American soccer game. Or your next pilgrimage to Mecca if that happens to be your thing. 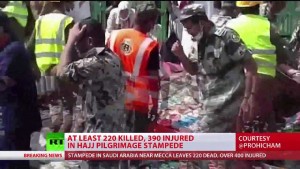 The persistent moral of this ongoing fairy tale remains: Global Warming/Climate Change is a crock. It’s the weather, stupid.

One Reply to “Global Warming Fairy Tales: The Walrus and the NY Times”