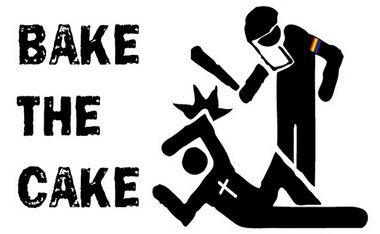 Thanks to the recent SCOTUS ruling on gay marriage, the Left’s hallowed barrier between Church & State apparently is now hereby only locked from one direction. Non-Progressive Judaeo-Christianity has been raided, stunned into silence, and Liberalism/Progressivism has proclaimed itself the State Religion. Non-PC views, Christian or otherwise, are now fair game for the Litigating Left. One dare not refuse. Churches must make legal end-run adjustments. In a reverse Scopes-like scenario, a principled clerk rots in stir. Uncooperative businesses are driven to ruin.

Live and let live? “Equal Dignity?” Apparently, as Orwell predicted, some animals are more equal than others.