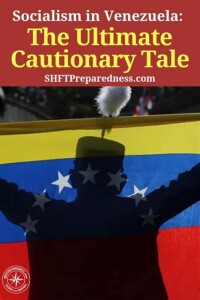 UPDATE 2/3/21: Another gentle reminder of how socialism can turn Latin America’s richest, most oil-rich country into a third world hellhole in a matter of a few years. Letting a totalitarian government shut down free markets and free association does that.

UPDATE 12/6/20: Apparently, starving Venezuela has even shown us the glorious way to stealing elections and consolidating absolute State power for The Good Of The People. 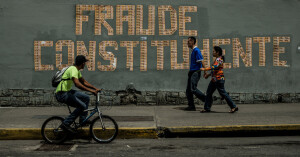 UPDATE 10/15/20: They (Bernie, The Squad, The Rest Of The Dem Party Now As Far Left As They Are) all say they’re taking us to Stockholm or Copenhagen (capitalist economies with fat welfare perks and the astronomically high taxes on EVERYONE that those perks require). But really, they’re taking us to Caracas. A cautionary tale now much-more-than twice told.

UPDATE 10/1/20: Venezuela: how a rich, prosperous country managed to strike it poor. The genius of Marxist transformation in action. BITA (Bitten In The Ass), bigtime. All those good intentions, all those promises. Such a surprise this socialist/communist stuff always turns out so badly. 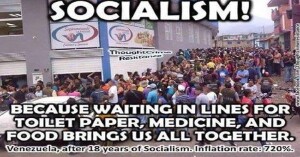 UPDATE 4/20/18: US Treasury Secretary Mnuchin soberly discussed the humanitarian crisis that is Venezuela, thanks to that marvelous man Hugo Chavez idolized by the likes of Sean Penn, Harry Belafonte, Danny Glover. There seems to be no cure for these millions of fools who keep telling us how wonderful and effective a Marxist-managed economy is. Once one of the wealthiest countries in South America, Venezuela under  Chavez’ worthy successor Maduro has become the latest Marxist graveyard.

When will they ever learn? Why not try it again and do it right this time?! Why not indeed? The answer is not blowing in the wind. It’s in the proven, objective reality that, putting it mildly,  the touted glories of socialism just never seem to pan out.

Venezuelan allegory: as toilet paper goes, so goes healthcare or anything else that’s managed by a socialist bureaucracy.

13 Replies to “Venezuela: Socialist Paradise On Earth…minus a few amenities.”