The first thing out of a [Liberal] friend’s mouth, post-BostonBombing: “It’s some conservative group, like Oklahoma City.”

“Conservative?” I kindly, gently rejoindered. “McVey was an avowed atheist. Like the Marx-reading One Worlder UnaBomber. They’d both feel as out of place at a Tea Party rally as you would.”  And, as another [Conservative]friend reminded me, “Don’t forget Lee Harvey Castro Moscow Oswald.”

Yes, the Boston perps are Islamic,  young  Chechen fanatics, here under cover as students, unabashedly bred to murder for Allah by a proudly Islamic mother, all spitting in the face of their inexplicably generous American/Judeo-Christian/Western hosts. That’s the Islamic way despite the protestations of terminally naive friends, relatives & neighbors. We’re home-growing them now, so why should we be surprised? Another heart-wrenching Liberal letdown looms with the not-so-astonishing news that the two ‘lone wolves” were just the brainless, expendable bagmen for a whole verminous terrorist culture.

On a somewhat related matter, wouldn’t any of these same predictably anti-gun advocates want to be armed with desperate suicidal terrorists running for their lives through their Boston neighborhoods? No. The police will take care of them. Until that monster bursts through your door and doesn’t graciously wait for you to dial 911. Wise up, folks. Stop crippling your friends and exalting your enemies. You might get hurt.

Save your tears for the victim, not the villain. And save your rage for an American President and his own blind Faithful pretending this is just the work of a couple of wayward bad boys.

The 8 year old bomb victim Martin Richard stands just feet away from his murderer and the planted bomb. 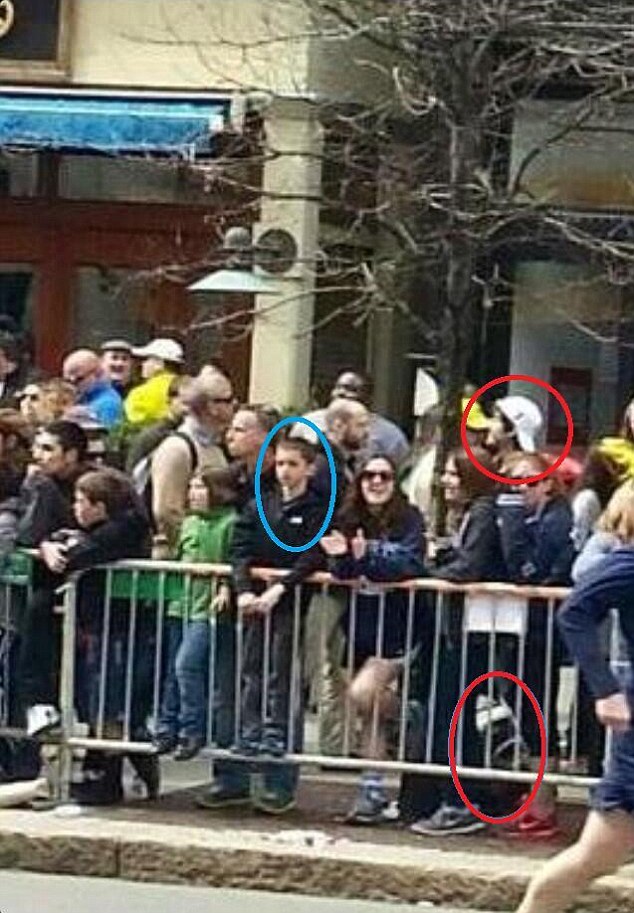