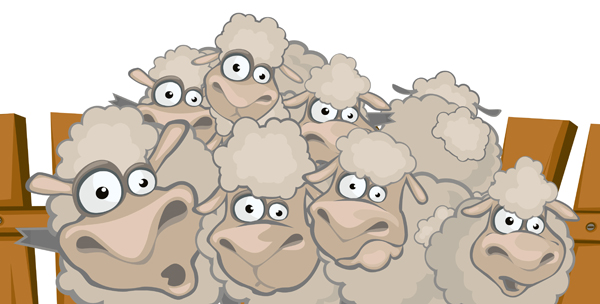 UPDATE 4/27/18: A Black rapper, Kanye West, demonstrates that neither he nor any other free-thinking individual in this world are worth anything to the Left outside the Prog Plantation mindset. Two equally independent (uppity) Black women, Diamond & Silk, shock Congress  and the rest of the Progressive universe by coming out foursquare for their own individual freedom, an affront to the Party line dictated to them. Since when has anything mattered to the Left except GroupThink obedience to the Gospel of Obama/Marx/Alinsky, the current playbook of today’s Democratic Party?

Thanks to Jonah Goldberg at NRO for putting these two uncannily similar videos side by side. You decide which is Monty Python being satirically hilarious and which is the radical Left being itself.

Read up on Frances Fox Piven and her longtime romance with violent social disruption in service to expanding the Welfare State.

More on Russell Simmons,  music/media mega-mogul, capitalist supreme, proud Obama crony, seen here in this video railing against crony capitalism.  Author of the ironically titled “Super Rich-Having It All” promoted as a how-to manual on making millions for oneself by being the nicest, most “giving” guy on the planet. The money quote for rallying all those mindless young lemmings to the Socialist ideal he shares with the President: “Those who focus on being good servants usually attract the most in the end.” (This from a descendant of slaves). Do it all for The Cause, not for yourself, and you’re guaranteed “Super-Richness” though not the kind that pays off mortgages and buys bean sprouts, Ipads and Nikes. It might, however, score a nice pat on the head and shout-out from your well-heeled, celebrated Beloved Leaders like Piven, Simmons and Obama. 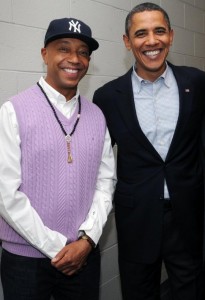 Since Obama and his minions can’t really effect a totalitarian takeover through peaceful, legal means, it was only a matter of time until they recruited the young mushheads and paid union/community organizer thugs to create their very own little Reign of Terror. We shall see how Mob Rule appeals to the average, decent Individual American who genuinely wants to earn(and keep) his own piece of the American Dream.

So much more on Useful Idiots. And their most fearsome foe and  antidote to Leftism: the individual.