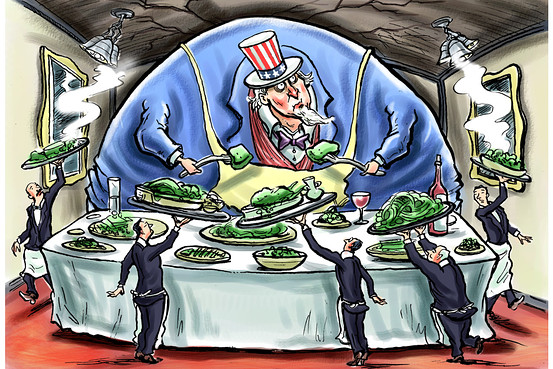 “…and you want to know why people all across America get grossed out by politics…is by watching this kind of stuff happen.”

A federal wildlife biologist whose observation in 2004 of presumably drowned polar bears in the Arctic helped to galvanize the global warming movement has been placed on administrative leave and is being investigated for scientific misconduct, possibly over the veracity of that article.

Charles Monnett, an Anchorage-based scientist with the U.S. Bureau of Ocean Energy Management, Regulation and Enforcement, or BOEMRE, was told July 18 that he was being put on leave, pending results of an investigation into “integrity issues.”

Hip replacements, cataract surgery and tonsil removal are among operations now being rationed in a bid to save the NHS money.

Two-thirds of health trusts in England are rationing treatments for “non-urgent” conditions as part of the drive to reduce costs in the NHS by £20bn over the next four years. One in three primary-care trusts (PCTs) has expanded the list of procedures it will restrict funding to in the past 12 months.

Hi. My name is Jim Garvin. I’m just an average guy. I own part of a small business, and I’ve been listening to all these crazy debates and statesments from the President and various Party leaders about the deficit and these kinds of things…and I just thought that maybe I could post this video and say a couple things that I think need to be said…and ask a couple of questions. The first question is “Are all of you completely crazy?!” 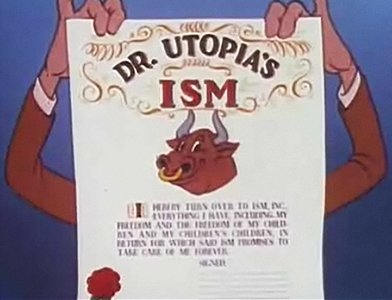 “Make Mine Freedom” is a cartoon documentary produced by Harding College in 1948. Word for word, the warnings contained are as timely today as they were in the 1940s. Clearly, many Americans are still terminally susceptible to the Utopian promises of the latest snakeoil salesmen who would be our masters.

Liberals want to take away your light bulbs, pickup trucks and family sedans, but they aren’t honest enough to admit it. On the House floor last week, Democrats insisted regulations prohibiting the sale of cheap sources of illumination beginning in January are about increasing consumer choice. Likewise, the Obama administration’s forthcoming 56-mile-per-gallon fuel-efficiency mandate for automakers is supposedly a boon for consumers.

“I continue to hear my colleagues promote the fantasy that government has banned the incandescent light bulb,” said Rep. Jason Altmire, Pennsylvania Democrat. “They think if they say it over and over again that it will be true. But it’s not true.” Proponents of the bulb ban also claim misleading efficiency increases. There’s a good reason to be skeptical; legislative acts don’t create engineering breakthroughs. The sole purpose of the law signed by President George W. Bush was to eliminate the sale of 25-cent light bulbs because the greens want to force everyone to switch to fluorescent lighting. Bernie Marcus co-founded Home Depot (HD) in 1978 and brought it public in 1981 as the U.S. was suffering from the worst recession and unemployment in 40 years. The company thrived, creating hundreds of thousands of jobs and redefining home improvement retailing.

But Marcus says Home Depot “would never have succeeded” if it launched today due to onerous regulation. He recently helped launch the Job Creators Alliance, a Dallas-based nonprofit of CEOs and entrepreneurs dedicated to preserving the free enterprise system. IBD recently spoke to him about jobs and the economy.

Many Americans find it difficult to understand why Jews on the left, including many who would call themselves “liberal” rather than “left,”continued to enthusiastically support President Obama after the revelations about the anti-Israel and anti-Jewish views of the Rev. Jeremiah Wright, the president’s religious mentor and close friend. This confusion is all the greater now that President Obama has humiliated the Israeli prime minister and created the tensest moment in U.S.-Israel relations in memory.

Likewise, many Americans wonder how Democratic congressmen who claim to be faithful, pro-life Catholics could vote for a health-care bill that allows for federal funding of abortions after opposing it up to the last day.

Courage comes in many forms. But the rarest form of courage, it seems to me, is for a true addict to give up his (or her) New York Times. That seems to go double or triple for the NYT’s Jewish readers, who cling to its daily prophetic utterances with truly Biblical fervor: “absolute truth.”

My sample is biased, obviously, since I hang around with conservatives and such (yech!), but I can think of only one Jewish friend who has ever confessed to dumping All the News You Are Fit to Read.